Review: Tangerine Dream At The Brudenell 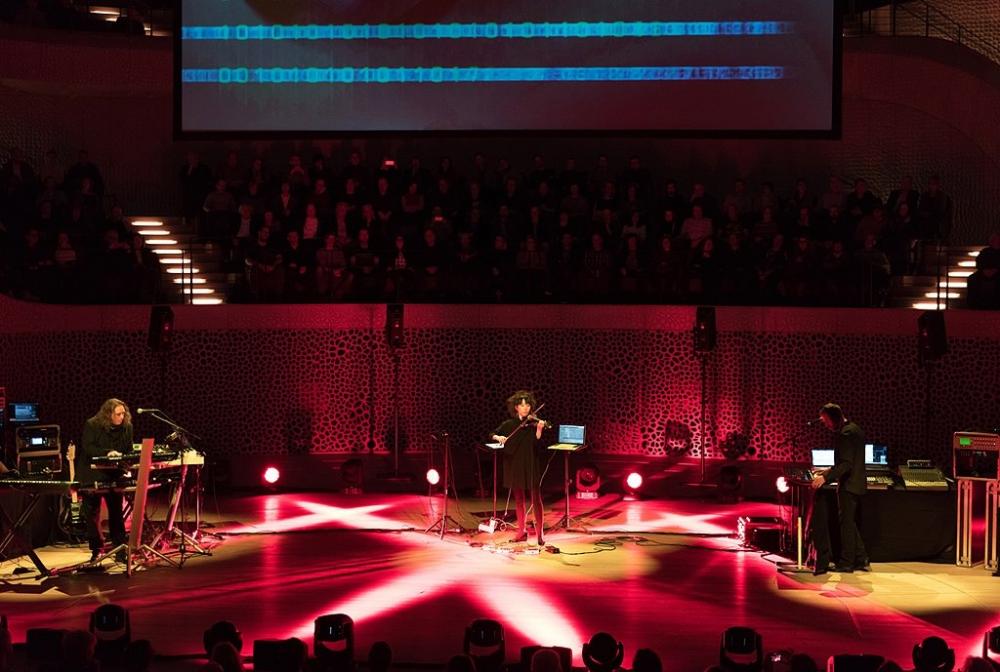 Tangerine Dream performing in 2018 at the Elbphilharmonie, Hamburg. Image by Frank Schwictenberg. CC BY-SA 4.0
You might think that the size and scale of the Brudenell Social Club in Leeds would set limits on artist selection. A small venue with a reputation far exceeding its apparent scope, the club achieves much with little. And the presence of Tangerine Dream on Tuesday night corroborates a capacity to attract big names.

One of the leading German electronic ensembles, Tangerine Dream’s longevity is as astonishing as their influence is significant: formed in 1967, the embryonic group re-wrote the landscape of modern music in the wake of avant-garde classical stylists such as Karl Heinz Stockhausen. Directing, along with Kraftwerk and several others, the subsequent traffic of genres as diverse as Synthesized Pop, Acid House, Hip Hop, Trance and Ambient, Tangerine Dream are, themselves, masterful shape-shifters. Turning their hands from the brazenly narcotic modulations of the early albums, Phaedra pre-eminent amongst them, to the complexities of film scores for Art House productions, to the swathingly atmospheric and hammering repetitions of their contemporary creative projects, the group do not let the grass grow; their vast musical legacy underwrites a very powerful impulse for re-invention, with one eye trained inexorably on the past.

Nor is it a surprise, in the mutable universe of genuine artistry, to note the number of musician changes that have transformed both appearance and output. The band formed by Edgar Froese – who died in 2015 – is not the band of today, though overlaps of personnel seem to have been mindful of continuity. The powerhouse and mainspring of the current line-up is Thorsten Quaeschning whose tenure was recommended by Froese before his death, and who has been with Tangerine Dream since 2005. The other, classically-trained, mainstays are Hoshiko Yamane and Paul Frick, both of whom played at the Brudenell with a kind of introspective focus, marked by interludes of fabulous improvisation. The electric violin of Yamane, in particular, sheared the evening like a knife through purple silk, giving freeform gusto to repetitive loops and wings to the machines.

Setlists are, to a large degree, irrelevant at Tangerine Dream concerts. Song breaks are seamless and (very) brief, nudging the sonic narrative towards a sense of homogeneity: these are journeys in ambient sound, whose diversions accrete endless details to the experience of listening. The complexity of many of the pieces builds in electronic layers that work on the receptors until the latter yield to a form of hypnosis. A clearly enthusiastic audience were gifted an eclectic mix of old and new, in a playlist that included, amongst many others, focused renderings of ‘Phaedra’, ‘Ricochet’ and ‘Choronzon’ together with very recent material from ‘Raum’. With a set approaching a fulsome two and a half hours, the concert concluded with an unexpectedly reflective and beautiful keyboard and violin two-hander.

The intimacy of the setting gave the performance a counter-intuitively informal air that was lacking at the Barbican in London when I last saw the group three years ago. It was a joy to be up close and personal with a band whose members naturally gravitate to a position somewhere behind the music they so skilfully, and carefully, perform. 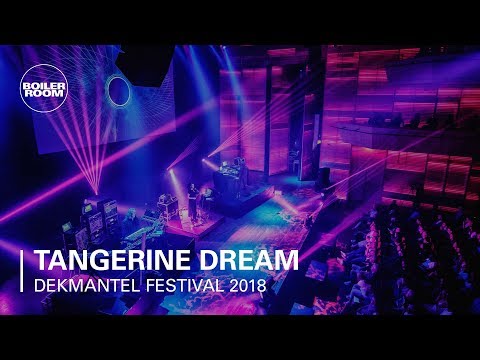 Also by Steve Whitaker...
Poem Of The Week: 'Sonnet 29' By William ShakespeareReview: Ings Strings At Art In The Dale, Kirkby MalhamPoem Of The Week: 'This train has left the city ...' by Paul HenryAlbum Review: Staring At The Sun: Talking About X By JARRPoem Of The Week: 'Giorno Dei Morti' By D. H. Lawrence (1885-1930)