The Manila skyline
This week we are running a series of features on the Philippines. Our theatre and travel man, Phil Hopkins, has been on an amazing three-week adventure to the other side of the world, and here recounts his journey to this country of more than 7,000 islands. Today it is the turn of country capital, Manila.

The joke in Manila is that if you want to get somewhere quickly in the city's gridlocked traffic, then you either need to travel late Sunday night or when world champ and Filipino boxing hero, Manny Pacquiao, is about to square up to his next opponent!

That's because two things happen when he steps into the ring; the roads clear and the crime rate in this city of nearly two million people, almost certainly falls as every respectable - and disreputable - Filipino crowds round the TV to cheer on their sporting god!

Time in this sprawling city of contrasts, is not measured by distance, but by those ubiquitous phrases that seem to be uttered by everyone from cabbies to customs officials, whenever you enquire about the distance between point A and B: ".... without traffic about 40 minutes but with traffic about two hours!"


Crossing the road in Manila - An art form!
And therein lies your clue! Manila, second-largest city of the Philippines and one of 16 smaller cities that comprise Metro Manila and its overall population of some 12 million (2014), is busy, very busy and cannot be measured using kilometres or miles, any more than you can guarantee to cross the road at the Filipino equivalent of a zebra crossing! More a case of 'say your prayers, look left, look right, run and pray to the Almighty that you'll reach the other side!'

This is a city totally dependent on cars, cabs, buses, motorised tricycles, leg power and, of course, Jeepneys, the superbly colourful people carrying vehicles, unique to the Philippines, which permeate every part of the city, enabling you to traverse from one end to the other for mere coppers providing, of course, that you can put up with the rugged ride whilst clasping a pollution mask to your mouth!


Jeepneys - an ever present facet of Manila life
This is not London, New York or Tokyo, but a Third World capital that is to be experienced and seen for what it is, the chaotic, wonderful hub of a country that squeezes a population of 100 million into its narrow borders!
But, take the time to penetrate Manila's vein like streets, and you are guaranteed to enjoy some truly amazing experiences, as your senses are given a dose of shock therapy!

Time for a tan!

Temperatures in the capital in April and May leave you frying like a piece of freshly made KFC but, once you have accepted that Manila is not London, any more than it is one of those so-called 'western' cities with which you may be familiar, the sooner you will start to enjoy this manic, crazy, place, where part of the fire service is funded by a pastry shop, and you can still catch a late night dwarf boxing match in the Red Light district, whilst making an instant purchase of Viagra lest your libido should involuntarily wane! 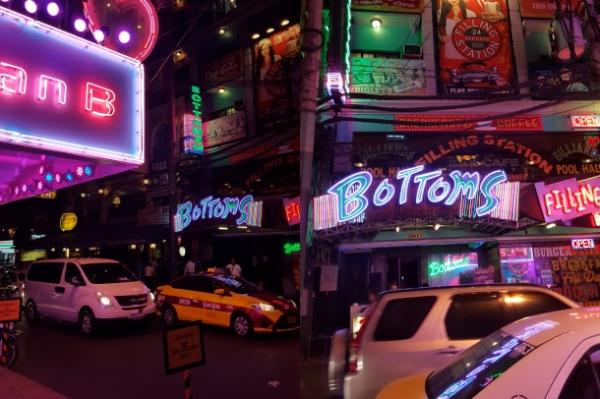 Manila's Red Light District
Without doubt the Philippine capital is a place of fusion. Cultures meet and integrate more readily than they ever seem to clash, and when allied to the nature and personality of a beautiful people - hospitable in the extreme and always ready with a smile - you have a vibrant city full to brimming with both humanity and at-the-edge excitement.

The Binondo district, accessed via Jones Bridge and the Philippine Chinese Friendship Arch, is home to Chinatown, established in 1564, and said to be the oldest in the world and certainly in the top three largest. It is a sprawling mass of tricycles which weave in and out of its busy streets, where vendors ply their trade and delivery drivers can be spied taking lunch in the boot of their vehicles, sometimes the only room left in which to grab a quick bite!

The smell in the air is of freshly cooked food and stagnant water from nearby courses, but these do not detract from the area, somehow adding to its alternative charm and chaotic melee.


Chinese Friendship Arch & gateway to Manila's Chinatown via Jones Bridge
However, a visit to Chinatown would be incomplete without calling in at Eng Bee Tin's Chinese Deli on Ongpin Street, the oldest retail outlet in this part of town. Established in 1912 the company is not only famous for its hopia ube pastries and bull's testicle soup, but for the fact that it funds the purchase of Chinatown's purple fire trucks, supporting its volunteer firefighters with a makeshift station above the restaurant! 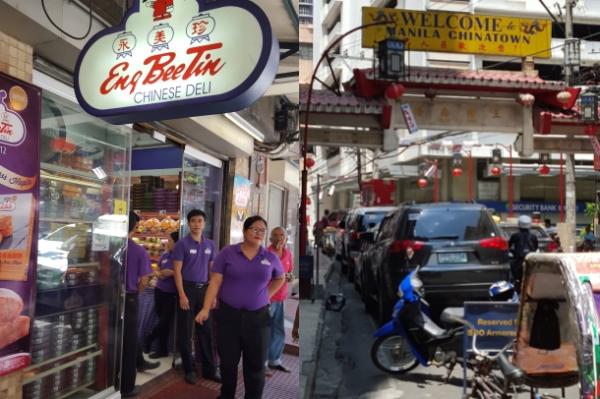 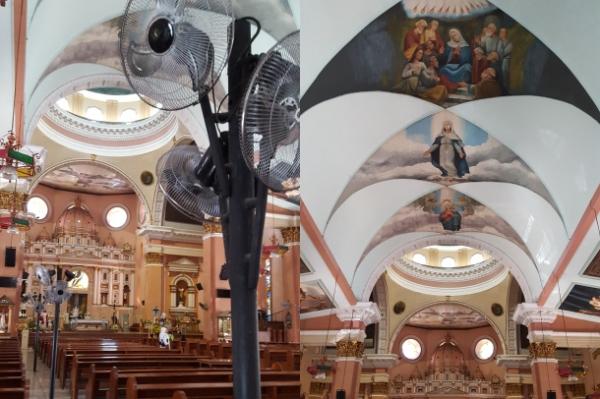 Binondo Church, Manila - Minor Basilica of St Lorenzo Ruiz
Everything is there in this densely populated bayside city located on the island of Luzon and, as you might expect from any country that has been systematically occupied by foreign invaders over the centuries, it now mixes Spanish colonial architecture with modern skyscrapers, it is where East meets West; a fusion of Asian cuisine, American influenced fast food and Filipino delicacies. Equally there are a range of budget and top end of hotels from the very well-appointed Red Planet chain (redplanet.com) - the excellent Makati hotel is adjacent to the vibrant red light district area - to the more luxurious Pan Pacific (www.panpacific.com/manila).

But at the heart of Manila is Intramuros, a walled city in colonial times, and home to the baroque 16th-century San Agustin Church as well as Fort Santiago, a storied citadel and military prison, as well as Manila Cathedral.


San Agustin Church, Intramuros
For a moment you will almost forget that you are in one of the busiest cities in the world, for in Intramuros you can take a kalesa horse and trap ride round this heritage district, dine at Casa Manila and the beautiful Barbara's or, indeed, pose with one of the traditional Intramuros guards; an oasis in a sea of traffic chaos.

Equally, Manila is a city of shopping malls, developed to not only provide amazing consumer experiences for tourists and the emerging middle class, but also cool environments in which to avoid the searing summer heat. There's the SM Megamall in Ortigas, fourth largest in the world, or the mall at Greenbelt in Makati, with its open air church and peaceful enclaves in which you can enjoy a cool, refreshing drink.


The SM Megamall in Mandaluiyong City near Manila
Someone once told me that Manila was a place in which to land and rapidly exit but I disagree. Yes, it is a bustling, crowded, polluted city. But it is part of the third largest English speaking country in the world, the people are as much its product as its artefacts, and it is also vibrant and boasts many interesting features which have to be searched for and found!

Best advice is to hook up with a local tour guide who will cut you through surface Manila and take you to the heart of this huge city. It can be tough and dangerous if you do not know where you are going. So, play it safe, find yourself a good guide and engage with this fascinating place before giving into your fears and heading to the 'Provinces', where you will be guaranteed a more serene, less demanding experience!

Take Sterling with you and change in-country where you'll get about 67 pesos to the £ instead of the 56 pesos I got at the Post Office!
Buy a local SIM card for your phone. Cheaper to phone home. Get your Globe SIM at the airport or any reputable retail outlet. Don't forget your SIM slot opening device, a requirement on many newer Smart phones!
Try and get an airport pick up or arrange guided tours. Manila taxi drivers are notorious for trying to rip you off, conveniently forgetting to put their meters on, a legal requirement but regularly ignored!