The Cat And The Canary - UK Tour - Photo By Paul Coltas
John Willard’s classic, The Cat And The Canary, was ‘hammed’ to within an inch of its artistic life when Nightmare on Elm Street’s Freddy Krueger was called on to make several guest appearances in this latest offering from The Classic Thriller Theatre Company!

But considering that Elliott Nugent’s 1939 film of the same name ‘played it for laughs’ and brought in Bob Hope to head up shenanigans, director Roy Marsden, can hardly be criticised for trying to inject new life into something that has been around since 1922.

He did so by once again ‘playing it for laughs’, certainly in the third act when an escaped inmate from the local asylum – at least that’s who he was meant to be – arrived on stage wearing a mask straight from the local joke shop, complete with large ‘Wolfman’ style hands. 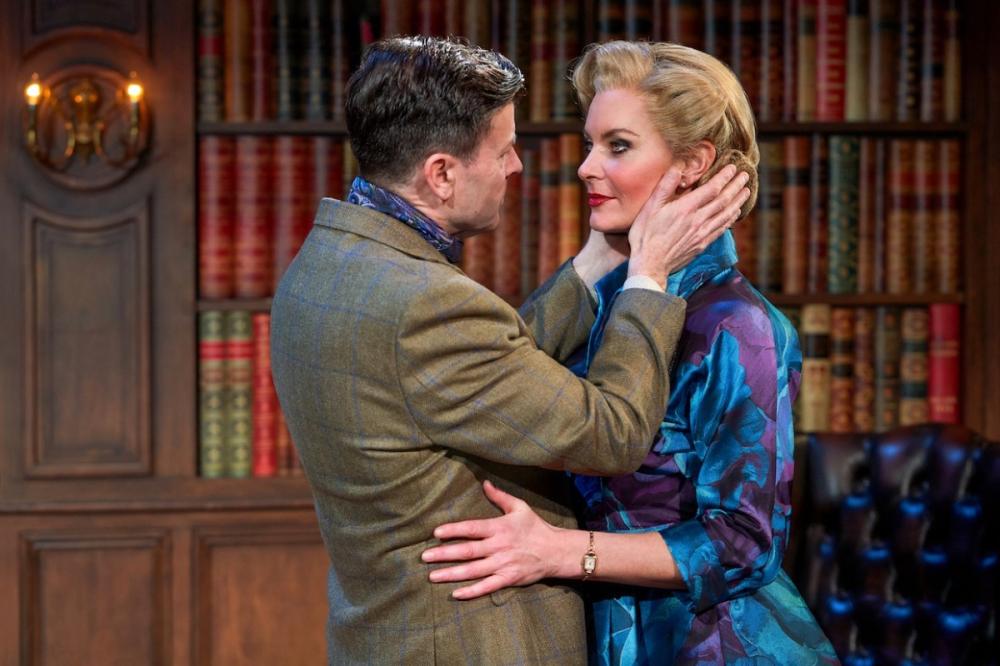 (L-R) Ben Nealon (Charlie) and Tracy Shaw (Annabelle) - The Cat And The Canary - UK Tour - Photo By Paul Coltas
I thought I was about to collapse laughing – along with the rest of the audience – as the main female protagonist screamed and lots of players with clipped English accents ran on stage in tweeds, brogues and wearing jolly shocking expressions.

But what a cast: Britt ‘internationally acknowledged as one of the world’s most beautiful women’ Ekland as Mrs Pleasant – her thick tights and court shoes would have left Roger ‘James Bond’ Moore reeling – Marti ‘take that look off your face’ Webb and Corrie’s Maxine Peacock, aka Tracy Shaw…..among others.

This period piece is officially somewhere between the genres of horror and thriller – the New York Post said it was ‘full of thrills, ghosts, voodoo, theft, murder, mystery and romance’ when it first aired in the 1920’s – but has to be more if it is to survive a tour in 2021, even if that means turning it into farce!

I hate Agatha Christie, Sherlock and all things whodunnit, however, I have to say that this production transcended all my prejudices and I finished up quite enjoying not only the humour, but the fact that none of the players seemed to take themselves too seriously.

Twenty years after the death of Mr. West, his descendants gather to learn who will inherit his vast wealth and the hidden family jewels. 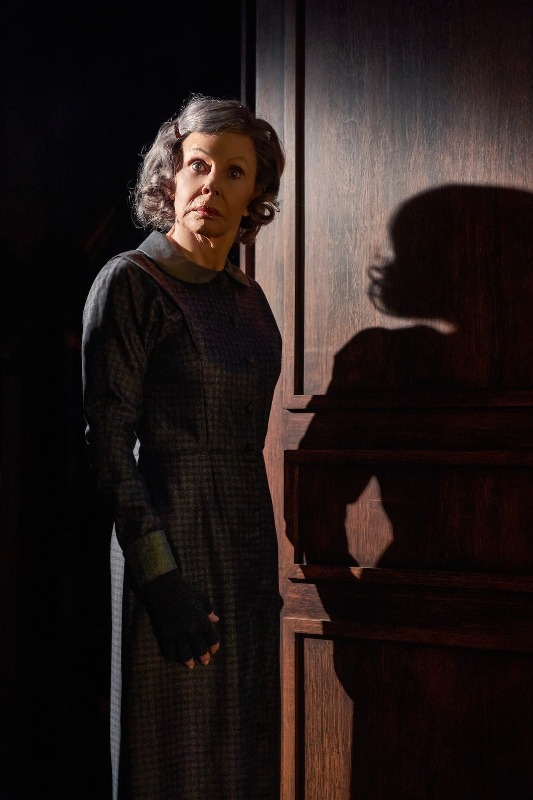 Britt Ekland as long-serving housekeeper, Mrs Pleasant, was great and, despite her increasing years, still has those tell-tale vampish lips but, these days, a twinkle in her Swedish eyes as she turns her hand to something probably more fun than The Man With the Golden Gun.

Each member of the cast played their part well and I enjoyed Marti Webb as Susan Sillsby with able performances by Tracy Shaw as Annabelle West, Gary ‘Minder’ Webster as Harry Blythe, Ben Nealon as the scheming Charlie Wilder and old hand, Eric Carte, excellent as family lawyer Roger Crosby.

It was an evening I did not expect but, honestly, and with a night’s sleep to reflect: I quite enjoyed it…..and I don’t have my fingers crossed!