search
date/time
frontpagebusinessartscarslifestylefamilytravelsportsscitechnaturefictionwhatson
No cookies. No tracking. No advertising.
arts

Sam Mills: The Caring Art - An Interview With Liam Bishop 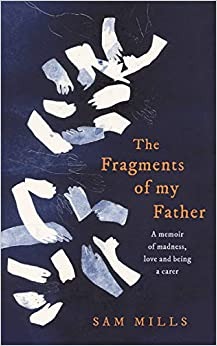 The writer and publisher, Sam Mills, swipes through pictures on her phone.

"Look, here’s my dad playing crazy golf when we went to Littlehampton recently. It’s slightly surreal because he always wears his suit."

Wearing his suit and a medical facemask while holding a putter is a surreal, sweet image of a man I feel like I’ve gotten to know through her memoirs, The Fragments of my Father: A Memoir of Madness, Love and Being a Carer (4th Estate). Mills is no stranger to the surreal. Her debut novel, The Quiddity of Will Self (Corsair, 2012), was a quixotic tale about a murdered ‘Will Self Club’ patron. The novel features the acerbic Self as a character - Mills makes a cameo too - and while it might not appear like the natural progenitor to her memoirs about caring and living with her father who developed schizophrenia when she was three, there is, it seems, a lineage.

"It’s so different," says Mills, "Quiddity was this crazy, experimental, free-wheeling fantasy, with all sorts of ghosts, murder and mayhem. When I was writing the book, I felt like I was consciously waking up the ghost of my father’s illness. Because the book was mad and clownish, the way I was subsequently treated when the book was released reminded me of the way I was treated when my dad was ill, which disturbed me."

Mills takes a drink from her coffee: it’s late September, and we’re sitting in the cool courtyard behind the London Review of Books.

"It’s interesting how reactions to one book were provocative and antagonistic, and the other was a form of acceptance,’ she says. "When I was a kid, we were sometimes ostracised due to my dad’s illness and the reactions I’d receive due to the stigma of schizophrenia back then, I almost felt like I had revived this experience by getting Quiddity published, because people were saying that there is this 'crazy writer', this 'crazy woman.' With The Fragments of My Father, positioning myself as a carer in the book, it became acceptable to explore this madness."

Exploring madness might be a theme for Mills at the moment: Dodo Ink, the publisher she is managing director of, are putting the finishing touches to an anthology about the intersection of art and mental health, Trauma. But The Fragments of my Father, as a blend of literary and social criticism, history and memoir, might be a way for Mills to personally extend the disorienting, potentially traumatising, elements of her life to the reader in a way that novel writing doesn’t allow.

"Well, the novelist in me wanted to start with a strong engaging scene," Mills says, laughing. The book opens with her on the phone to the emergency services because her father, locked in the bathroom, is having a catatonic attack. "It also takes you into the shock and disorientation of a catatonic attack. Without really knowing what it is, the reader is in the same situation we were in." ‘We’ refers to Sam and her younger brother, Stefan. "At the time, we were like 'what is this? What on earth is going on? How long is it going on for?'. Now I know that dad’s going to come around in two months if he has an attack but, at that point, there was a question of if he was ever going to recover. By then, you’re asking 'are we going to put him in a home? Is he gone from us forever?' So yes, I guess I was trying to take the reader into that confusion, to wonder what’s going on."


Sam Mills
Following this destabilising and gripping opening, Mills presents memories from her childhood. Then, she starts to seamlessly weave a narrative of her own life, the story of the Woolfs, Fitzgeralds and other famous ‘carers’, and you realise, even though this book is all-encompassing in its exploration of caring, fundamentally, for Mills, caring might be hinged on something that cannot be communicated in words. I tell her, one of the most endearing elements of the book is that it’s not said but suggested there is a ‘need’ to be cared for at some stage in our lives, whether we’re very young, very old or essentially incapable of communicating that need. Interestingly, Mills jumps to her luminous mother: it’s from her she might have ‘learnt the habit’ of caring.

"My mother was a kind and good-hearted person, and I’m more likely to be nicer to vulnerable people now having watched her shift from being wife to a carer for my dad, but is that because I’m trained to be a carer? Caring can become a habit, and it’s like a muscle you’ve developed inside. But I’m not trying to say I’m a Florence Nightingale or anything." At this, Sam laughs. But if caring is a ‘muscle’ that Mills has developed, what is its loading limit? Noticeably, some of the questions she asked herself above resurface.

"I always wonder about my dad becoming immobile. Would I ever put my dad in a home? Hopefully not, but I think it’s something everybody should be thinking of. I wouldn’t judge anybody for putting their parents in a home if it all gets too much and if they can’t cope, work, you know? My caring isn’t unlimited either." Mills then adds, "It’s also a cliché that you imitate your parents: you’re half-reacting against them as well. My mum brought me up to not be like her, but even if you have an inner conviction, there’s always a part that mimics them."

In Fragments of My Father, the two people and carers Mills devotes significant space to are male: F. Scott Fitzgerald and Leonard Woolf. Both of them cared for their famous, talented, arguably, outshining wives, but it’s the latter of the two that is certainly outshined and that Sam seems to care more about ultimately.

"Yes," says Mills, after we buy more hot drinks, "I think I’ve gotten to know him. Well, I have to credit Victoria Glendinning as well..." Glendinning’s biography, Leonard Woolf (Simon & Schuster, 2006), is one of many sources Sam references as a pillar of support and critique. "She was one of the first [biographers] to come along and say he was a really decent guy and cleaned up his reputation. I always thought history hadn’t treated him too well."

"She was critical because he was control-freaky, but she was also quite benign and sympathetic and I really loved that. Some recent books have been squeamish about Virginia’s mental health problems, such as trying to downplay her aggressiveness during her manic phases. But I’ve been on schizophrenic wards seeing people be agitated and violent, and it’s as though they can’t reconcile this idea of her with their romanticized idea of her madness. Virginia may have been coerced, but it doesn’t shock me, and it doesn’t mean she isn’t a genius." Mills takes a drink. "Madness wasn’t her weakness: it was such an integral part of her creativity."

Arguably, there isn’t a more fitting place to be discussing this: in the heart of Bloomsbury, the place that gave its name to the ‘group’ which included Virginia and Leonard. 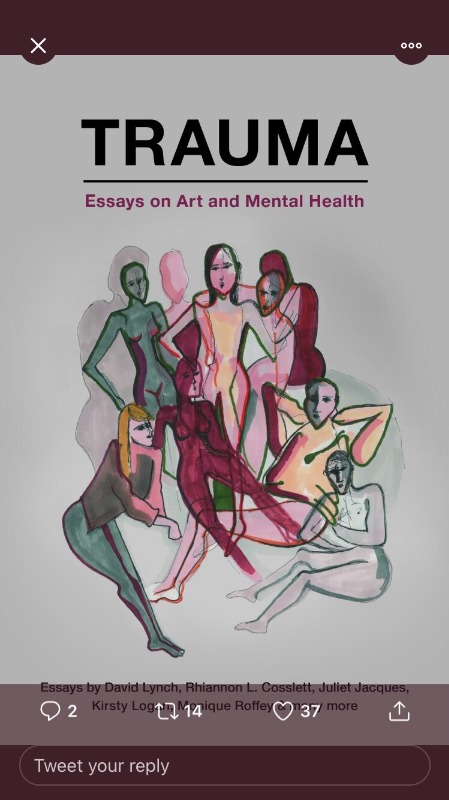 Leonard seemed to think he knew what was best for Virginia, and I wondered if this was the way Sam felt about caring for her father. "It’s family, so it is a bit sensitive, and my family don’t always agree what’s best for my dad, but I think I know what keeps him stable and happy. Also, I think this is why a lot of women end up being carers: because people don’t have these discussions in advance, women often find themselves cast into a role."

Mills isn’t polemical in The Fragments of My Father, but she delivers uncomfortable truths about society’s treatment of carers. According to Mills, there’s a 50-50 chance of a woman becoming a carer before the age of 59 (for the same odds, a man will be 75), and there are currently seven million unpaid carers in the UK (a number set to increase by 60% in 2030) saving the economy £132 billion a year. To put that into context, £137 billion was the amount required to bail out the banks in the 2008 financial crisis (figures from fullfact.org).

"There’s going to be a crisis of care when we leave the EU. The government said restaurant workers who lose their jobs could retrain as carers during the pandemic." Mills then gives way to a rare sense of injustice, "That won’t happen because hospitality is better paid and not based on a zero-hour contract. It’s vocational," she then says, "some people love caring but there’s little financial reward."

The Fragments of My Father: A Memoir of Madness, Love and Being a Carer is out now.

Mills is also the managing director of Dodo Ink Press, and their anthology, Trauma: Essays on Art and Mental Health, will be published on 21st January, 2021.

Interview and article conceived and written by Liam Bishop.