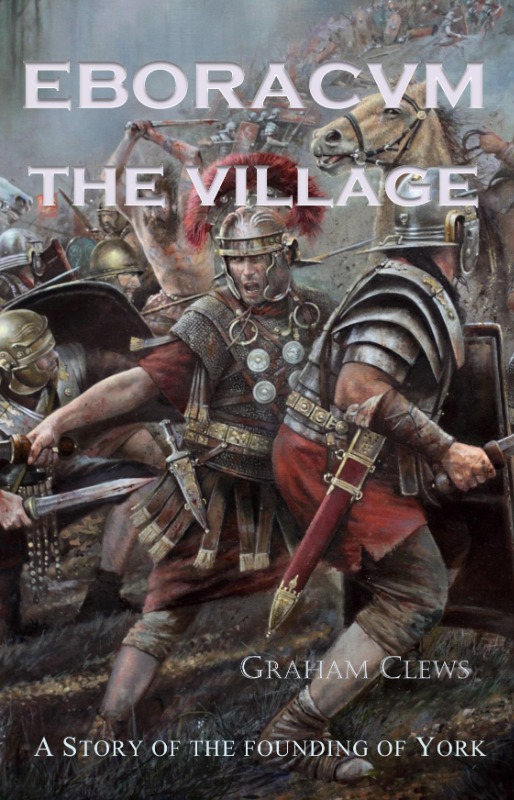 This book is a lengthy read, lots of pages of small print, in my edition at least, but one in which it is well worth investing your time and energy - and if you like it, it’s the first part of a trilogy which relates the interaction of two families, one Roman and one Brigantian, as they fight for land, justice and love. Yes, it’s historical action, spanning a little more than fifty years of Roman Britain, with a sprinkle of romance.

Extremely well-written, it tells the story of the birth of the city of York and seamlessly blends history with drama – always a favourite combination of mine. Relatively little can really be known about Roman Britain though much has been surmised from available archaeological evidence. Clews has clearly done his research thoroughly, though, and with impressive attention to detail, creates a wholly believable scene: architecture, costume, weaponry and battlefield tactics amongst much else, are all accurately described. Whilst the historical narrative is engaging, this novel is also character-driven. The characters are strong, from the stubborn, feisty Elena, Cethen's wife, to the pragmatic although highly unpleasant Cartimandua, the Roman former client Queen; and Cian, Cethen's loud-mouthed brother. Moreover, the minor characters are not just page-fillers but equally realistically defined. They are believable and the reader will recognise similar traits in people they have met in more modern times. Effective dialogue drives the narrative, giving the book pace and drama. 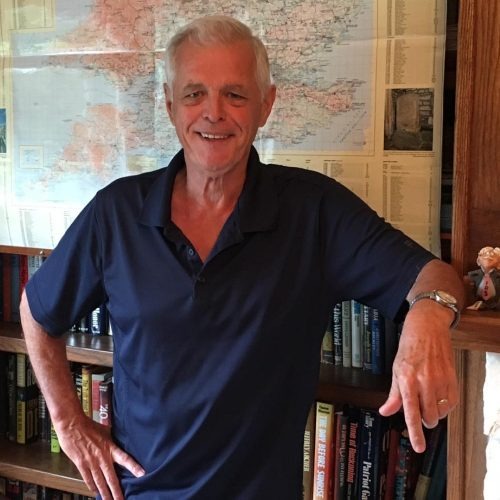 Graham Clews
The two main protagonists are Cethen, a Celt and a Roman, Gaius. They find themselves at war with each other when Gaius Sabinius, a Roman engineer, arrives in Cethen’s village with orders to build a new fortress for the 9th Legio Hispana, orders which ultimately drive Cethen from the life he knows. Cethen Lamh-fada and his sharp-witted wife, Elena, become the defenders, taking on the Roman war machine. Cethen’s village is reduced to rubble as the building of Ebor begins. The author skilfully wins the reader’s sympathy for both of the embattled families whose lives become increasingly entwined through the years, in what is a compelling saga of opposing sides.

As one man instinctively saves the life of the other, tacit ties are created in a mutual bond of uneasy understanding between the two factions. Two different cultures are each convincingly drawn in a tale which is rich with dark humour, brutality, tension, action and interaction, where the underdog fights for survival and revenge is never far from the mind – even to the end! The human face of history beckons the reader on. It is both a political and personal tale, as feuds and friendships develop and run their course. Violence and tenderness stand side by side with battlefield scenes vividly drawn and loving interludes sensitively portrayed. Slave and master, living side by side.


Also by Artis-Ann ...
WHO Knew? - The Murder Mile By Lesley McEvoyChoices, We All Have Choices: Both Of You By Adele Parks‘From Small Things, Greatness’: A Single Thread By Tracy ChevalierOptimism: A Useful Trait: A Man Of Honour By Barbara Taylor Bradford"Coincidences Are As Rare As Unicorns" : A Song For The Dark Times By Ian Rankin
The Roman names take some getting used to and it’s worth familiarising yourself with the appendices and even the Foreword before embarking on the journey. The glossary could be a little simpler, or at least easier to access at speed while you are reading, but once over that hurdle, this is an excellent portrayal of life in Roman Britain, filled with human drama, and the intensity of real emotion. The writer apologises for the use of profanity but these are soldiers talking; men who are away from home, engaging in war on foreign soil, suffering the blasts of English weather and the discomfort of camp life. The apology is unnecessary; instead the naturalistic language adds to the realism and characterisation and helps further immerse the reader in a world which becomes less foreign the more you read on.


EBORACVM: THE VILLAGE is published by Stairwell Books.