Poem Of The Week: 'Star Of The Nativity' By Joseph Brodsky 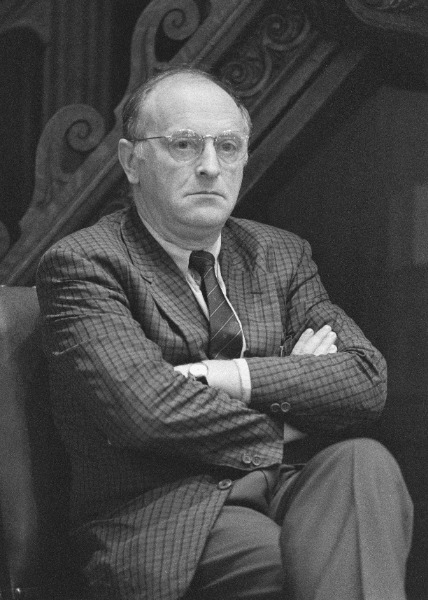 Joseph Brodsky
Star of the Nativity


In the cold season, in a locality accustomed to heat more than
to cold, to horizontality more than to a mountain,
a child was born in a cave in order to save the world;
it blew as only in deserts in winter it blows, athwart.

To Him, all things seemed enormous: His mother’s breast, the steam
out of the ox’s nostrils, Caspar, Balthazar, Melchior—the team
of Magi, their presents heaped by the door, ajar.
He was but a dot, and a dot was the star.

Keenly, without blinking, through pallid, stray
clouds, upon the child in the manger, from far away—
from the depth of the universe, from its opposite end—the star
was looking into the cave. And that was the Father’s stare.


Joseph Brodsky’s remarkable poem of the nativity confounds expectation. A Russian Jew, persecuted under the auspices of Stalin’s ruthlessly proscriptive regime, Brodsky has less connection with the birth of the Messiah than most in the Christian West weaned on the deep significance of a moment in time in Bethlehem.

And it is this contextual disconnect that gives ‘Star of the Nativity’ its extraordinary power. The three, spare quatrains embody an act of concentration, of focus. The poet’s investment in this singular moment in history is borne of a preoccupation, a recurring astonishment that the fate of nations, the fortune of so many lives is held in the balance of a simple unfolding act in a nondescript stable.

Look, Brodsky seems to be saying, at how humdrum the landscape is that yields up this tremendous event: the promise of human redemption is offered, not in the mountains of the Sublime, but rather in a dusty stall where the wind blows counter-intuitive and relentless.

The tiny child, surrounded by the gigantic symbols of his eventual apotheosis, can only be in thrall to his own innocence, lost to the enormity of the universe, and to an inexorable future still hidden behind the veil. Brodsky’s final distilled and beautiful lines reinforce the Christ child’s tenure on earth, His presence and legacy secured in the light of the Father’s love.

Best festive wishes to all of our readers.