Erasure Set To Light Up The Charts Again 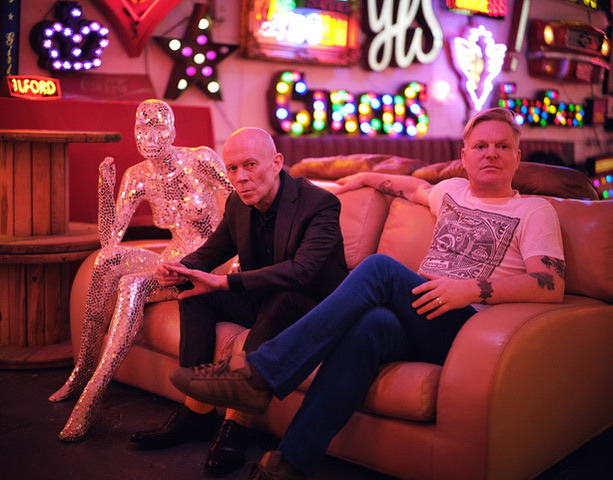 Erasure (Andy Bell and Vince Clarke) have announced details of their eighteenth studio album, The Neon, and share the album’s luminous opener, ‘Hey Now (Think I Got a Feeling)’ which came out on Friday 5 June.

Who can forget pop classics such as Sometimes. Who Needs Love like That, Ship of Fools and Give a Little Respect?

Now the duo have announced a new album, The Neon - the 10-track album is out on Mute on 21 August 2020, and available as pre-order exclusives on limited edition neon orange vinyl, limited edition neon green cassette and CD in a fold out orange foil blocked sleeve with fold out lyric and photography booklet, as well as on black vinyl, to download and stream.


Also by Graham Clark...
The Vamps Announce Cherry Blossom TourRemembering Jaco - Multiquarium Big Band Feat Bireli Lagrene (Naive Records)Keeping The Faith - Paloma Faith Announces New Album And Northern ConcertsHaim Are Coming To Leeds And ManchesterLittle Mix Announce Northern Shows For Next Spring
The Neon they say is a place that lives in the imagination, that we – you and me – put in the real world. It could be a night club, a shop, a city, a cafe, a country, a bedroom, a restaurant, any place at all. It’s a place of possibility in warm, glowing light and this is music that takes you there.

Written and produced by Erasure, the album’s initial sessions saw Vince and Andy reunite to work on the follow up to 2017’s World Be Gone with a fresh optimism and energy, in part born from their own recent personal projects. Vince goes on to explain, “Our music is always a reflection of how we’re feeling. He was in a good place spiritually, and so was I – really good places in our minds. You can hear that.”

Taking inspiration from pop music through the decades, from bands Andy loved as a child through to the present day, he explains, “It was about refreshing my love – hopefully our love – of great pop. I want kids now to hear these songs! I wanted to recharge that feeling that pop can come from anyone.”

It sounds that they are in a good place as I always thought that the last album was a little too downbeat and sombre for Erasure, the new single sounds more like the Erasure we all know and love - hopefully it will light up the charts again.

Pre-order: mute.ffm.to/TheNeon
Pre-orders via the band’s shop will include priority access to future tour dates.