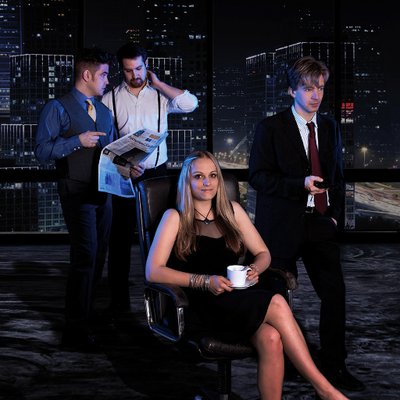 Cornerstone
Austrian band Cornerstone have chosen Harry Hess to produce their new album, Reflections. Hess has worked in the past with Muse and Billy Talent. He has certainly brought a new dimension to the band on this appealing album.

If you like bands such as Survivor, Cutting Crew, Huey Lewis and the News, chances are you will enjoy this album. Opening track Nothing To Lose is typical of the album: melodic rock with a touch of Fleetwood Mac. Last Night has a saxophone that brings to mind the track Harden My Heart from the American group Quarterflash although Cornerstone do a fantastic job of keeping AOR alive in 2016.

Heart on Fire has a keyboard riff that harks back to Cutting Crew and I Just Died In Your Arms Tonight before Cornerstone deliver a classic chorus on a track that will become a highlight of their live set.

Believe in Me is another strong track on the album with a chorus that sticks in your mind whilst closing track, Once is a ballad that perhaps could have done with some lush orchestration on the track to bring it to its full potential.

Having a female lead vocalist in Alina Peter it does add a touch of soul to their tracks. If the band could support an act like Journey or even Bon Jovi it would appeal to the same fan base and bring them to a wider audience.