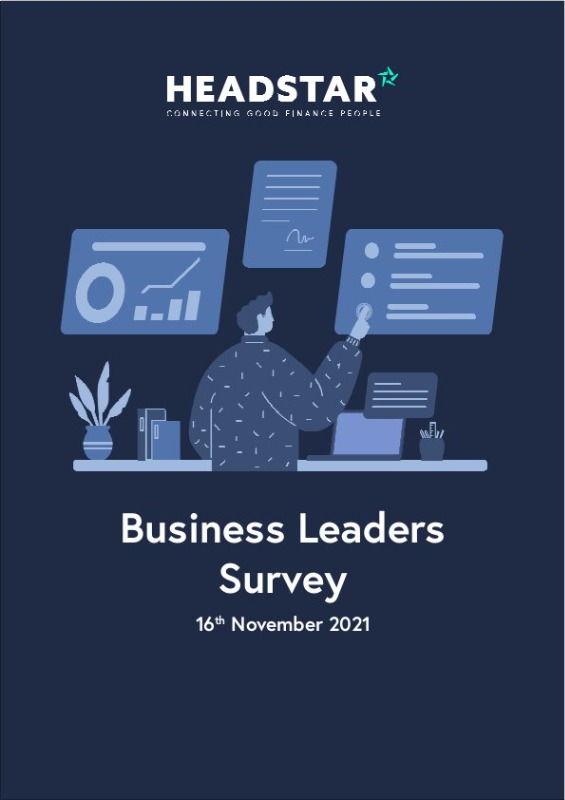 Over half of business leaders in Yorkshire have seen their company significantly impacted by disruption to supply chains since the start of the year – with leaders fearing such interruptions will remain a key business challenge over the next 12 months, according to the findings from a new survey.

Conducted by Leeds-based finance recruitment consultancy Headstar over September/October 2021, the survey of over 80* senior business decision-makers from across the region found that most (53.6%) cited supply chain interruptions as having had the biggest impact on their business so far in 2021. The second biggest factor – staff shortages due to employees being forced to self-isolate –was quoted by just over half as many respondents (28.6%).

The survey also revealed that business leaders consider supply chain risk to be one of the three biggest challenges facing their company over the next 12 months (52%) - alongside recruiting quality talent (58%) and generating revenue (40%).

The findings come amid growing concerns about a supply chain crisis in the UK - caused by the pandemic, Brexit and a lorry driver shortage - with businesses across an increasing number of sectors, from hospitality and food production through to house building and manufacturing, feeling the strain.


photo by Ian Taylor.
Businesses recruiting despite the challenging backdrop

The positives don’t stop there either; while many businesses are struggling to hit financial targets, two-thirds (66.7%) of those surveyed said that their company hadn’t made any redundancies due to the impact of the Covid-19 pandemic.

In fact, the survey revealed Yorkshire’s businesses are investing in future growth during these challenging times, with almost three-quarters (73.1%) of senior decision-makers saying their business plans to grow its employee-base over the next six months - with nearly half (45%) saying by as much as 10%.

The way in which they are likely to recruit new people to their teams has changed following the pandemic, with almost two-thirds (60.7%) of respondents stating that video interviews and virtual recruitment processes have become the norm in their business, while over a quarter (28.6%) said the location of their business no longer limits its talent pool. While a competitive salary remains key to attracting talent, just over one in ten (13.1%) leaders said that, following the pandemic, their company was putting greater emphasis on offering non-monetary benefits, such as extra leave and health and wellbeing packages.

Despite the Prime Minister’s recent comments on people working from home, it seems that more businesses than ever are backing hybrid working according to the findings from Headstar’s survey. Almost two-thirds (58%) of respondents said that their business is allowing employees to work from home through a blended weekly approach of office and home working, with almost a fifth (19%) going even further and not requiring staff to be in the office from week-to-week. At the opposite end of the spectrum, just over a fifth (22%) said that staff are required to work in the office whenever possible.

“It has been an incredibly challenging 18 months and our survey findings clearly show that businesses are still going through testing times, particularly when it comes to disruption in their supply chains.

“However, despite all the challenges they face, there appears to be a growing sense of optimism amongst Yorkshire’s businesses, with an increasing number moving their plans from resilience to expansion as the economy steadily improves. We’re certainly seeing real evidence of this at Headstar, with our team recruiting the best financial talent for more roles than ever before.

“It’s also great to see that, post-pandemic, a growing number of businesses are paying far greater attention to the mental health and wellbeing of employees, with many adopting hybrid and increasingly flexible working practices, as well as offering greater non-monetary benefits to secure, retain and incentivise staff.”

Business optimism in economy – with another lockdown viewed as unlikely

While Covid-19 infections in England continue to surge, the majority (65.5%) of those surveyed felt that another lockdown this year was unlikely, with just under a third (34.5%) fearing the worst.

When asked about the government’s support for businesses during the pandemic, an equally strong majority (68%) felt it had been good, with just under a fifth (17%) saying they thought it had been bad.

The survey also revealed that business leaders are generally more optimistic than pessimistic about the outlook for the UK economy; almost half of those surveyed (48%) were optimistic, while just 16% were pessimistic.


You can view all of the findings from the survey by visiting headstar.co.uk/headstar-business-leaders-survey-2021/