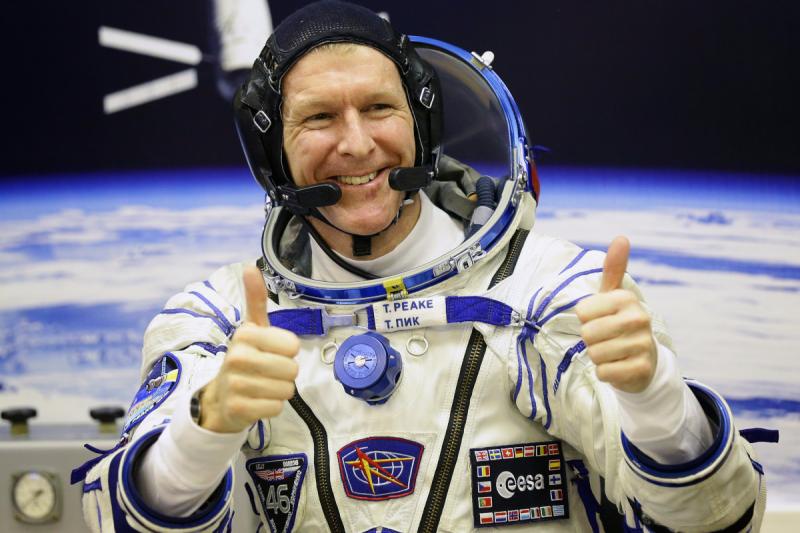 Tim Peake
Tim Peake joined the Science Museum Group today in announcing that more than 1.3 million people visited the Soyuz spacecraft from his Principia mission during its 20-month tour of the UK. The British astronaut previously attended the launch of the tour at the National Science and Media Museum in Bradford, in September 2017.

Soyuz TMA-19M is the first flown human rated spacecraft in the Science Museum Group Collection. It returns to the Science Museum after touring to museums in Bradford, Shildon, York, Manchester, Edinburgh, Cardiff and Belfast on the National Tour of Tim Peake’s Spacecraft presented by Samsung and the Science Museum Group. The Sokol KV-2 emergency space suit which was worn by Peake during his Principia, and which joined the Soyuz on tour, is to go on long-term display at The National Space Centre, Leicester from this summer.

A three-strand Education Outreach Programme, developed by the Science Museum Group and Samsung, reached over 20,000 students - including more than 4,000 in Bradford district - through a combination of in-school sessions with SMG’s Explainer team, special visits to see the Soyuz and a bus designed to replicate the setting of the International Space Station, with headsets showing Space Descent VR. In addition to the Education Outreach Programme, the bus visited communities across the UK welcoming over 21,000 onboard.
As part of a Science Museum Group-wide programme marking the 50th anniversary of the Apollo 11 moon landing, the National Science and Media Museum opens its interactive family exhibition, Hello Universe, in July. Space exploration is also a headline theme for the 2019 Bradford Science Festival, taking place the same month.

Peake announced the remarkable figures as Soyuz TMA-19M was officially unveiled in a new permanent display at the Science Museum, London. As the world heralds half-a-century since the Apollo Moon missions, the Soyuz was joined on display by the original Apollo 10 command module simulator console; a decisive object in NASA’s contribution to the space race, and one which has never been seen in the UK before.

Culture Secretary Jeremy Wright said: "The number of people who saw Tim Peake’s Soyuz spacecraft highlights how science and space travel continue to inspires us. The tour’s success underlines why we make our world class culture accessible to everyone in all corners of the country.”

Jo Quinton-Tulloch, Director, National Science and Media Museum said: “Launching the UK tour of Tim Peake’s spacecraft in September 2017, with Tim himself making the announcement, was an inspirational event. The display of the Soyuz capsule attracted almost 110,000 visits here - a year-on-year increase of more than 60% - including more than 4,000 schoolchildren from within Bradford district.”

Sir Ian Blatchford, Director, Science Museum Group said: “The tour of Tim Peake’s spacecraft to museums in all four corners of the UK has been a testament to the power of culture to inspire. With Russian, European and UK space ingenuity all contributing to the success of Tim’s mission, the importance of international collaboration in achieving progress for us all is more starkly obvious than ever.”

ESA Astronaut Tim Peake said: “I’m incredibly proud that over 1.3 million people across England, Northern Ireland, Scotland and Wales have had the chance to get up close to my Soyuz spacecraft. It’s wonderful how the Science Museum Group and Samsung have come together through this tour to extend the Principia Mission’s impact in inspiring the next generation of scientists and engineers.”  Space Descent VR, the stunning virtual reality journey voiced by Tim Peake himself, accompanied the spacecraft on tour, enabling nearly 50,000 people to experience in first-person the high-speed descent to Earth from the International Space Station. The VR experience was produced especially for the Science Museum Group and is powered by the latest Samsung Gear VR technology.