Skipton’s iconic town scenes camper van has used its ‘celebrity status’ to help boost funds on a Summer tour of charitable events around the region by some £3,500. 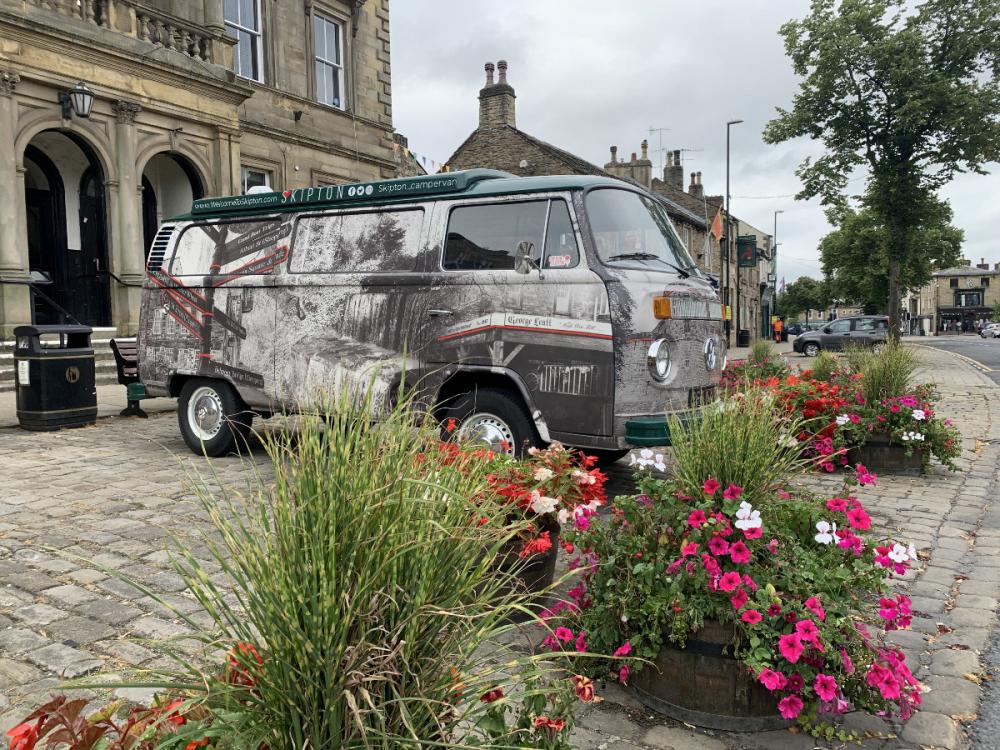 Iconic Skipton camper van comes to Skipton Town Hall
‘Skippy’ the restored 1978 VW camper van, featuring graphics of the town’s historic buildings, started its ‘Summer of Love’ tour at ‘Brodstock’ – the annual family festival at the Old Brods rugby club at Hipperholme. According to owner Andrew Mear the van’s starring role “went down a storm” with many of the 6,000-plus visitors lining up to take selfies with the unique VW. Overall, some £30,000 was raised at the festival (they included Overgate Hospice, the MS Society and a local school fund).

Next up was an appearance at the annual Norwood Green show, which raised £8,000 for village funds and was organised by Andrew in just 10 weeks, And then it was on to Skipton itself where the van took centre stage at a Rotary Club fundraiser outside the Town Hall. 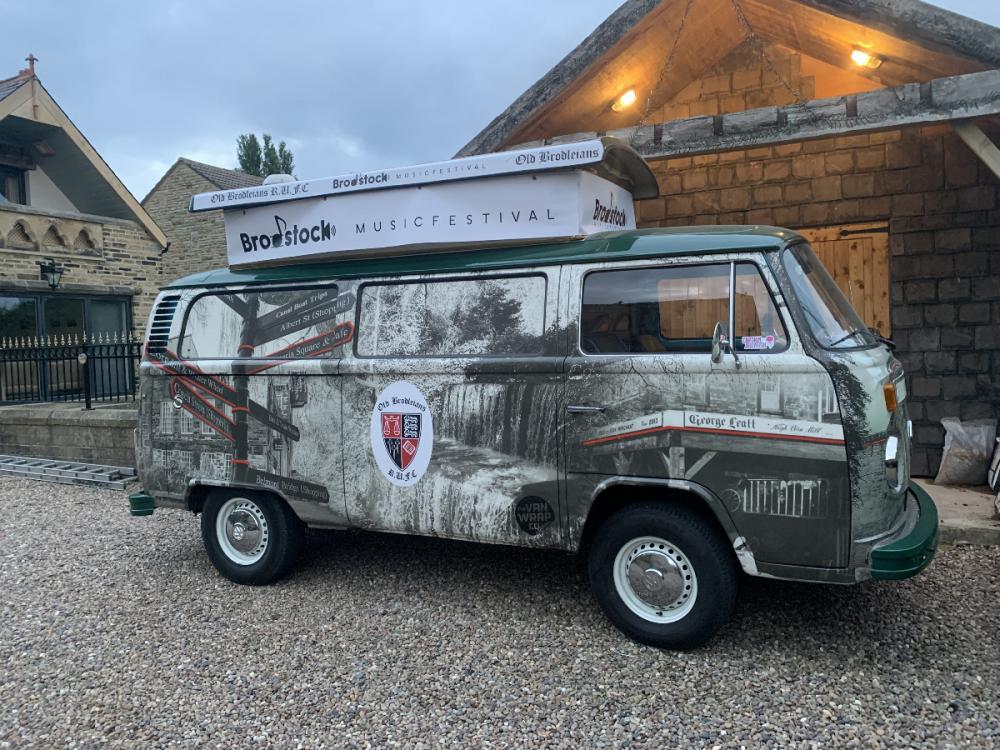 Skippy makes a celebrity appearance at Brodstock
Said Andrew, whose property portfolio includes two of the historic buildings featured on the van - Skipton’s medieval High Corn Mill and High Street House: “People really seem to have taken the van to their hearts and everywhere we went, couldn’t resist having a picture taken with it because it is so unusual.

“Skippy has become a bit of a local celebrity and real crowd puller, helping to raise some £3,500 across the different events for the local charities involved as well as providing a lot of joy and raising awareness.

“In addition to making appearances, we’ve been selling T-shirts featuring an image of Skippy in aid of Parkinson’s UK and have now raised around £1,000 for the charity. They’ve sold really well as they are a way of people showing their support for the town and raising vital money for a good cause at the same time.”

Dating back to the 12th Century, High Corn Mill, has adapted through the years to provide Skipton residents and businesses with a hub of history and lifestyle choices. With an array of retail outlets and office units, its peaceful, convenient location in the heart of the town has always had sustainability at its core.