Review: The Mating Habits Of Stags By Ray Robinson

For some writers, plot development is secondary to considerations of tone, of mood. Ray Robinson’s brave excursion into the sparse interior of the world of itinerant Jake Eisner – ex-farmer, on the run for murder – reveals narrative through back-story, allowing the reader to construct a picture of a life, and the dramatic emotional turning points of that life, in thralled harness to shifting temporal tableaux. Moving between Wensleydale and the North Yorkshire coastline, the hinterland of Jake’s life is realised in grey shades of the distant and recent pasts, and of the fugitive present.

The brutal linguistic realisation reflects, no more and no less, the leasehold of Jake’s austere introspection. For leasehold describes the former farmhand’s tenure, his grip on a social and domestic landscape which has been usurped by overwhelming circumstances of loss, of class anxiety and of profound hardship. The backward glance – a very effective tool in a narrative which dislocates time in order to flesh out the bones of Jake’s own sense of deracination – allows for the setting of the novel’s contextual underpinnings, the painful injustices and growing resentments.

And it is beautifully drawn. Robinson’s sleight-of-hand eclipses the third-person rendering of Jake in a language which the character would understand: the spare syntax and heroically unrestricted use of regional vernacular is a navigational aid; the reader negotiates a passage through the rural fastnesses of the North Yorkshire Moors, Wolds and Dales in the company of a narrator as recondite but locked-in to the concealed meaning of the land as his central protagonist. Taciturnity, as Wordsworth found in ‘Michael’, need not imply ignorance, but rather an unspoken cognition of place and purpose.

The journey is stylised, described in the terms of Jake’s linguistic tics. We hear the terrain and the climate unpicked in onomatopoeias of local demotic, where words echo the arcana of local agrarian and cultural history. Robinson’s story is littered with neologisms and authentic tokens of meaning. A random selection on p.132 gives an illustration of Robinson’s taste for moving description to an unusually acute level of signification: ‘headlights jouncing across the higher land’, ‘(a gun’s) reports caroming around the hillsides’, ‘(a bullet’s impact) like a punch, rig-welting him into the snow’.

And here, too, we learn of Jake’s hotwired farming skills, his well-versed instinct for survival, and of the kind of bloody, vascular plenitude which is anathema to the denizen of the supermarket pre-packed butchery counter. 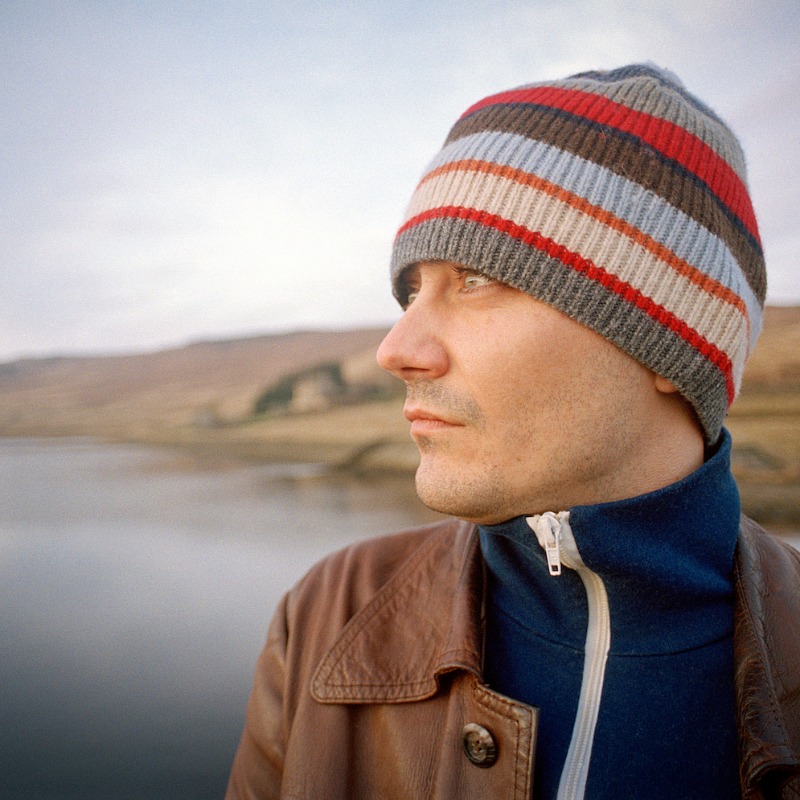 Ray Robinson
But the enduring love he feels for his departed wife, Edith, and for his son, whose teenage years were tragically foreshortened by an undiagnosed heart defect, gives contrapuntal balance to the novel’s relentless morosity, and the strange premonitions of ill-fortune which follow – a raven smashing into a windowpane, a rictus ‘grin like an axe wound’. The emotional heart of this threadbare novel is the driver, giving the narrative a kind of impetus and obliging Jake towards a denouement which is as far beyond his agency as tragic necessity in Greek drama; a sense of inevitability is woven into the story. The interlocking of the present with particularly poignant or troubled memories of the past, in a narrative which can jump temporal boundaries in one effortless paragraph, is anticipated in two strikingly persuasive lines:

‘Pre-dawn he rose up on his elbows: the bedroom door being inched to. Footsteps along a distant hallway. Wrinkles in the fabric of time.’


Also by Steve Whitaker...
The Still, Sad Music Of Humanity: The Colours By Juliet BatesPoem Of The Week: 'Paddy Dies' By Stewart Parker (1941-1988)The Architecture Of Sky: Two Tongues - Claudine ToutoungiPoem Of The Week: 'A Parable Of Sorts' By Malika BookerState Of The Union: Rachel To The Rescue By Elinor Lipman
For Jake Eisner’s marriage is blighted by the distant memory of a snatched relationship between Edith and Charles Monroe, a wealthy landowner from whose own background Edith may or may not have emerged. Monroe’s silver-spooned privilege is poison to Jake, whose sense of class, injustice and probity is sharpened to the point of fracture by the resonant ramifications of the liaison: that his son is, in fact, Monroe’s, and that he himself is infertile is a precipitant of Jake’s act of revenge. And Robinson is at his sanguine best when rendering narrative flashpoints: whether describing the evisceration of a sheep for immediate sustenance, a bullet entering a body, or here, throttling the life out of Charles Monroe, a moment is caught with mute detachment, a simple act of macabre observation:

‘Jake got to his feet and stared down at the dead man. Charles’ tongue hanging from his mouth like the labellum of some appalling orchid.’

This brilliant simile is a precise answer to the forty-six year nag at the ‘back of Jake’s skull’, and it is accompanied by the forensic satisfaction of indifference. The inhabitation of character by narrator, as though the two were indivisible, is elsewhere yielded to great effect in the figure of Sheila - close friend, identifier with, and would-be lover of, Jake subsequent to the death of Edith. Sheila’s own fractured domestic landscape mirrors Jake’s own, and is depicted with resolute attention to the language of broken families: the fecklessness, the wry humour and the striving to make sense of raddled possibility.

The end for Jake, when it arrives towards the end of a long, witheringly-depicted, odyssey of return, is brutal, as harsh as the terrain he compasses by instinct, and it is fitting that Sheila, who perhaps understood Jake better than any other, should be the beneficiary of a species of love, vouchsafed finally in fertility, and enshrined in the propagation of a community garden on the site of Jake’s home, in a spirit of ‘Generosity. Forgiveness.'

Ray Robinson’s novel of revenge and counter revenge, of reconciliation, and of love and growth in the thawing of an iron landscape, is a masterwork of unforgiving beauty.


The Mating Habits of Stags is published by Lightning Books