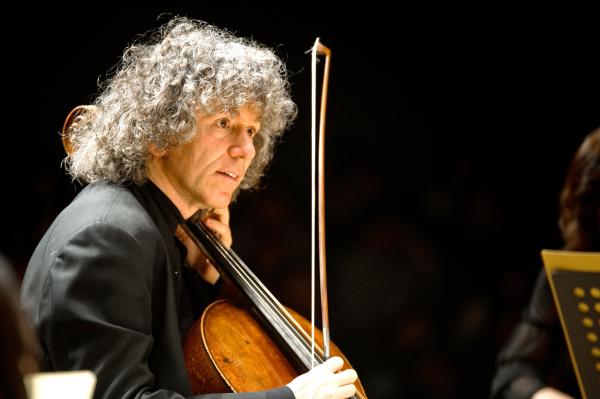 Although the concert was billed as a Steven Isserlis recital, from the first notes it was clear that accompanist Connie Shih is a top class soloist in her own right and she more than held her own in the programme that followed.

It began with a sensitive, emotional rendition of Debussy's evocative cello Sonata and was followed by an electrifying performance of Dimitry Kabalevsky's Cello Sonata in B flat major, Op 71.

Steven Isserlis introduced the next piece, Lieux retrouvés, a four movement suite written for him by the composer Thomas Ades.

Described as the most beautiful piece of contemporary music for cello and piano, the writing for cello reaches extraordinary levels of difficulty.

When Isserlis first saw the cello part he had real doubts about his ability to play third movement and rang Ades to tell him that he would have to make some changes.

The composer replied, 'That's fine, I'll give it to someone else'........ Needless to say Isserlis went on to master the fiendishly difficult movement and ended up giving the world premiere with the Ades on piano.

The slow movement features possibly the highest notes you'll ever hear from a cello, and the wonderful acoustics of St Wilfred's gave them an other-worldly quality as they gradually died away in the ether. It was a spine-tingling moment and a brilliant tour de force from both Isserlis and Shih.

I would highly recommend that you listen out for this remarkable piece of music next month when Isserlis performs the orchestrated version of Lieux retrouvés at the BBC Proms.

Beethoven's Cello Sonata No.3 in A Major, Op 69 was the first cello sonata in history to give equally important parts to both instruments. Connie Shih and Steven Isserlis demonstrated exactly what that meant as equal partners in a stunning rendition of Beethoven's most popular cello sonata. Steven Isserlis is clearly a very generous performer and I'm sure wouldn't mind me saying that there were times when the piano almost threatened to overshadow the cello, such was the intensity of Connie Shih's performance.

This was a world class concert in a beautiful setting with wonderful acoustics which enhanced the music even further.