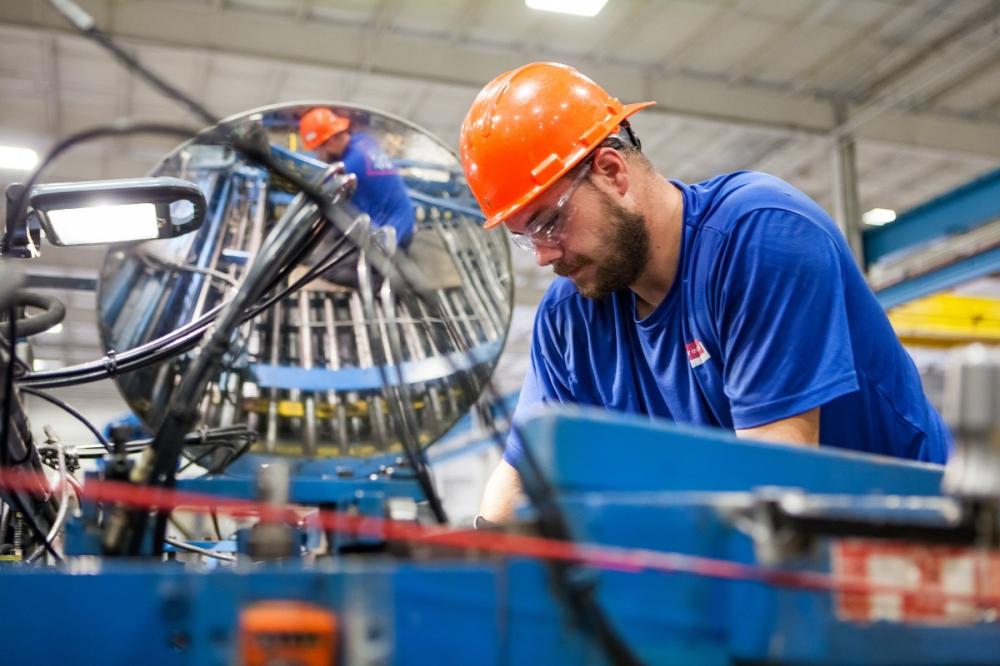 Image: Pixaby
UK manufacturing total order books in November improved to their strongest on record (since 1977), according to the latest monthly CBI Industrial Trends Survey.

The survey of 282 manufacturers also saw export order books at their strongest since March 2019.

Output growth in the three months to November (+17% from +15% in October, long-run average of +3%) continued at a similarly firm pace to the last two months.
Output increased in 12 of 17 sub-sectors, with growth mostly driven by the food, drink & tobacco, electronic engineering and chemicals sub-sectors.
Manufacturers expect output growth to accelerate in the next three months (+32%).

Manufacturers anticipate that output price growth in the next three months will be fast (+67%), with expectations at their strongest since May 1977.
Stocks

Stock adequacy (-16% from -13% in October) worsened to its weakest on record (since April 1977).
Output growth in the three months to November remained firm, increasing at a similarly above-average pace to October and September 2021. 12 out of 17 sectors saw output increase, with headline growth being driven largely by the food, drink & tobacco, electronic engineering, and chemicals sub-sectors. Manufacturers expect output growth to accelerate in the next three months.

Stock adequacy for finished goods worsened to its weakest on record (since April 1977). Meanwhile, expectations for output price growth in the coming quarter were at their strongest since May 1977.

Anna Leach, CBI Deputy Chief Economist, said:
“It’s good to see strong order books and output growth in the manufacturing sector holding up as we head into winter. Output growth has been steady for three months now and remains quicker than its long-run average.

“But intense supply side challenges continue to put pressure on firms’ capacity to meet demand. Alongside record order books, stock adequacy was the weakest on record in November and manufacturers are increasingly having to pass on significant cost increases to customers.

“These pressures highlight that the Government was right to establish the supply chain taskforce to address acute challenges. But with these challenges likely to persist into the new year, business is ready to work with the Government to adopt a more holistic, cross-economy approach to identifying solutions which support the entire supply chain.”

Tom Crotty, Group Director at INEOS and Chair of the CBI Manufacturing Council, said: “It is promising that manufacturing total order books have improved to their strongest on record, with output growth seen across the majority of sub-sectors.

“However, cost pressures continue to mount amid ongoing global supply chain difficulties. It is essential that government continues to support manufacturers as we head towards the winter months. Only by working with business can they build back better post-pandemic.”