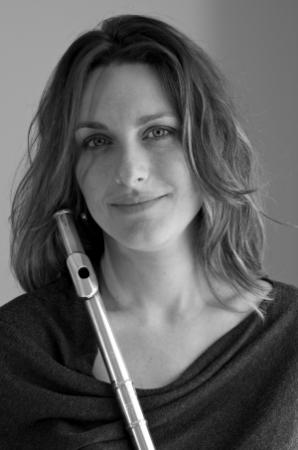 The duo performed an excellent and uplifting mix of Argentinean and Brazilian rhythms and melodies in last Thursday's November afternoon concert in St. Paul's Hall, University of Huddersfield. From Tom Jobim's wistful 'Corcovado', to the lively Histoire Du Tango by Astor Piazzolla , this performance was an entertaining and energetic journey through the choro, maxixe, samba, bossa nova and tango.

Musical styles from Latin America are often delivered with overdone and forced clichťs however this was a relaxed performance where a special chemistry between the two musicians was allowed to blossom and flow on-stage naturally. Their music was introduced with interesting insights by these academic experts in their fields, offering a refreshing style of informative engagement with the afternoon crowd.

Beyond their words, the musical combination of flute and guitar was an accomplished and unique blend that had the audience tapping, nodding and clapping in appreciation. Interestingly, though neither musician was using electronic amplification, their ensemble balance was just right and their tunes filled the high ceilings and arched doorways of the renovated former church. 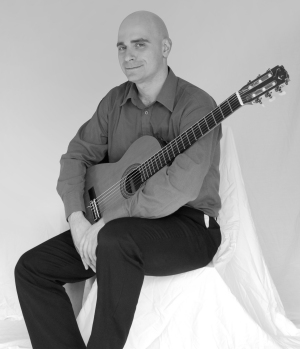 Brazilian guitarist Hans Hess
The exquisite guitar solo 'Retrato Brasileiro' by Hess reflected a heartfelt love of the musical from his homeland Brazil, armed with soulful expression, intense lyrical lines and masterful technique. However, the piece de resistance that captivated the crowd was a wonderful version of Astor Piazzolla's 'Cafť 1930', poignantly led by the mesmerizing QuiŮones, whose intoxicating stage presence provided a focus for the duo overall. Her luscious lyrical tone and use of sinewy melodies evoked far away yearnings and melancholy of times past. The audience clearly wanted more after the short 45 minute programme.

Hess and QuiŮones give these popular Latin American musical styles a genuine contemporary twist and slant that will endear them beyond the classical stage to more mainstream audiences and venues for some time to come.