James - Still Getting Away With It At Leeds Arena 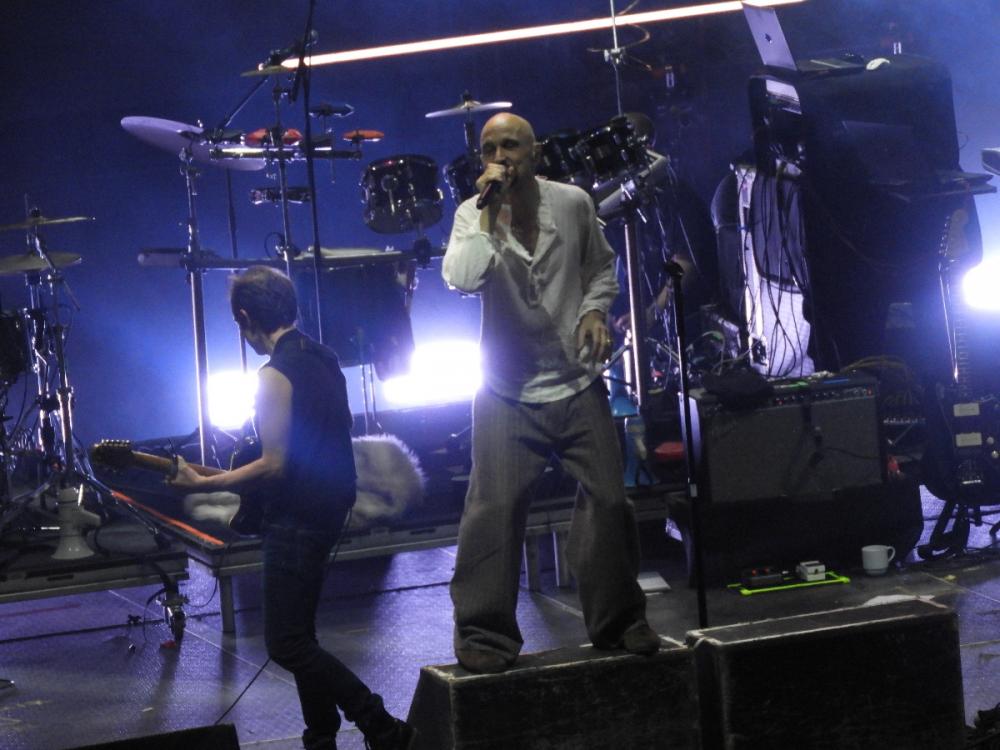 As James casually launch into Sit Down, the song most associated with the band everyone in front of me are on their feet enjoying the moment.

Happy Mondays had warmed up the audience. The group have many parallels with James: both are from Manchester and found success around the same era. They probably share the same fans. Any similarities end there though. The Mondays sometimes could be a shambolic live act: when they were good they were good but catch them on a bad day you would wish you were somewhere else.

Shaun Ryder has lived a life of excesses though he joked with the Leeds' audience that he still knew where he was. Bez still dances around the stage with a pair of maracas in hand, albeit in a slower fashion, though it is the vocals of Rowetta which as ever, saved the day. As Step On lead into Wrote For Luck the Mondays had done their job well of warming the Leeds' audience ready for James.

For a band I first saw supporting The Smiths in Bradford in the eighties, James has come a long way: it can now comfortably fill arena size venues and has had the sense to invest in a good lighting technician who brought light and shade at the relevant moment, appropriately the new album is entitled All The Colours of You


Tim Booth
“We’re all gonna die, that’s the truth“ are the first words lead singer Tim Booth sings as the band open up with Zero, a track off the band’s new album. The lyric is at odds with the joyful nature of the melody but that in essence is what makes James special.

Booth soon had his jacket off wearing his customary white shirt and baggy trousers “How you doing home town?” asks the singer, though the Leeds gig might not actually be in Bradford where the singer was born.

It is easy to forget how many hits James has had, She’s A Star leads into Born of Frustration whilst Miss America details the state of play in America.

The band looks like a set of individuals but collectively it all works and comes together. It felt like they were not just going through the motions but could decide to drop in whatever song they wanted at any particular time. 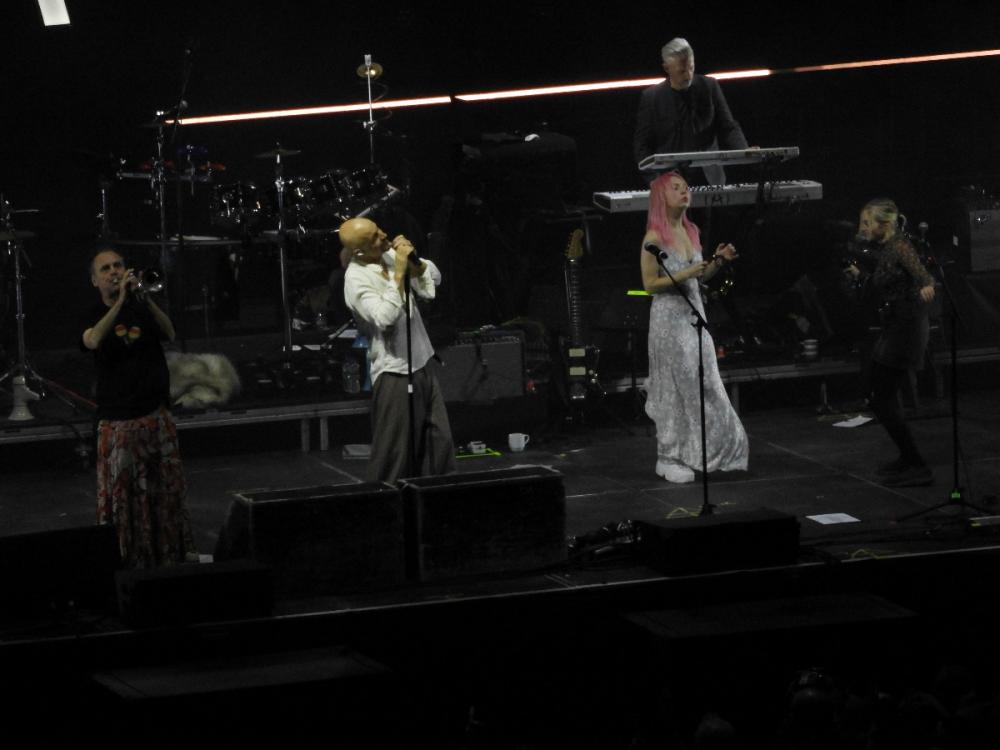 Booth usually stage dives into the audience or walks into the second tier which was absent in Leeds, though the music and seeing everyone together enjoying the night in unison was enough.

With such a huge back catalogue to choose from it was pleasing to hear Hymn From A Village, a track I have not heard live for years. The Leeds audience certainly knew the song which proved how many long term fans they have.