I Don’t Know What I’m Supposed To Be Doing: Emma Decent At Settle Stories 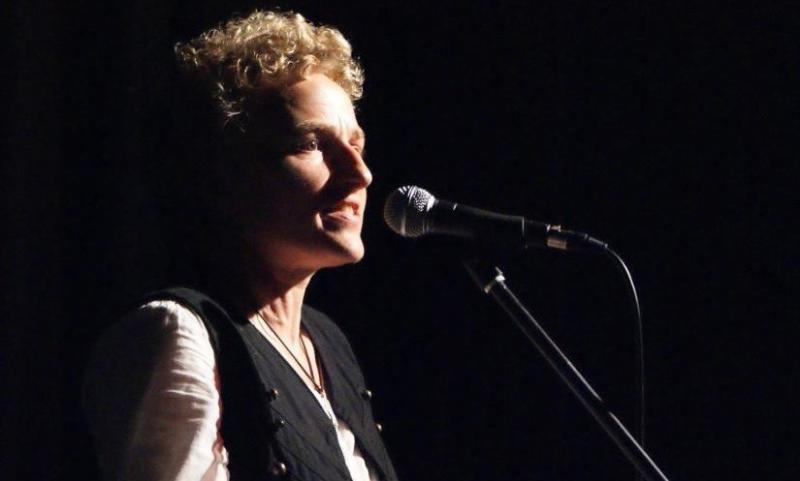 Emma Decent
The thirty per cent of the year we now spend preparing for Christmas is a perfect illustration of the way we, as a nation, sometimes prioritise fantasy over reality. Perhaps reality is too hard to engage with; complacency is a more convenient response to painful truth.

That we tend to shelve intractable social issues until they bite us in the posterior is a natural, if unhelpful, human defence mechanism. Often, complacency is symptomatic either of an ignorance of personal experience, or of an inability to comprehend the magnitude of the problem.

Climate change is one such pressing problem. As is an ageing population, and the spectre of dementia which accompanies increased longevity. The apparent inability of successive governments to address the exponential burgeoning of, generally elderly, people suffering from the various conditions which are generically known as dementia, is alarming. Overwhelmed by the sheer weight of numbers, and the catastrophically expensive provision of care packages, the inclination is to transfer the burden of care to families, if that is practicable, and it frequently isn’t.

Which is why Emma Decent’s touring performance of her new play about her relationship with her mother, who suffered from dementia, could not be more topical or relevant. The single-handed piece dramatises Decent’s relationship with her declining mother by as simple and direct a means as possible. Playing both roles, she catalogues a condition which gradually occludes the eroding mind like a snowdrift.

At the heart of the drama lies the crushing irony of the mother’s former occupation of librarian. The books which once conferred purpose and meaning, slowly drift out of psychological reach, leaving confusion, fractured conversation and mental fragmentation in their otherwise orderly wake.


Also by Steve Whitaker...
Poem Of The Week:Owdham Footbo' By Ammon Wrigley (1861-1946)Poem Of The Week: The Wireless By Jean StevensBurned By Light: Dovetailing - Gathered NotesNight Swimming:Towards A General Theory Of Love By Clare ShawPoem of the Week: 'Together' By Robert Gibson
Decent’s performance skills are astonishing: conveying her alter-ego’s disinhibition, violent outbursts, the ebbing away of insight and recognition, she yields a picture of a patience whose limits are tested daily, whose frustration is palpable, and whose thoughts inevitably turn dark under the relentless burden of filial duty.

The performance’s title, I Don’t Know What I’m Supposed to be Doing, describes a phrase that Emma’s mother frequently used in the early stages of her illness, and in a sense, the expression encapsulates the terror of no longer recognising the locators, the points which anchor us to some kind of reality.

Emma Decent’s drama is one of the means by which she comes to terms with the bitterest of experiences, and it is her hope that her audience will take something positive away from a subject whose overwhelmingly negative connotations render most of us selectively deaf.

I Don’t Know What I’m Supposed to be Doing written and performed by Emma Decent
Settle Stories, The Joinery, Settle
Friday 12th October at 7pm
For more information: http://www.settlestories.org.uk/idontknow