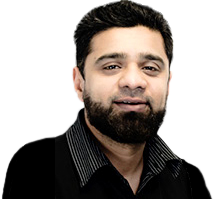 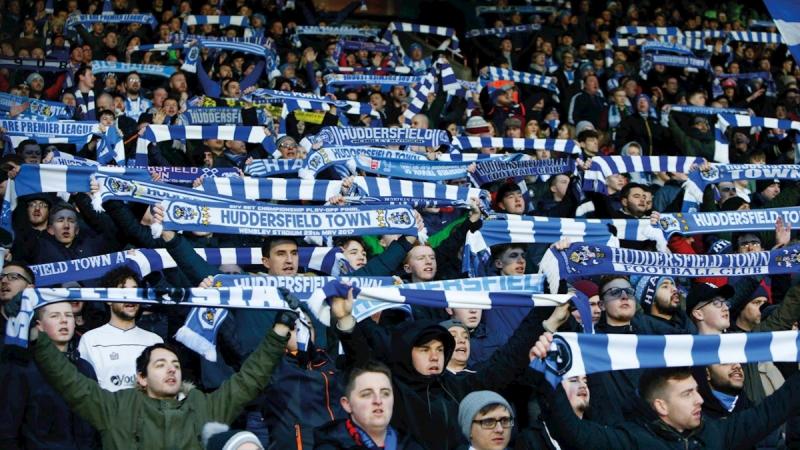 I remember when I was invited by The Premier League to represent them at an event at The House Of Commons.

Everyone from Richard Scudamore to Gordon Taylor at the PFA, representatives of the Football Association along with a plethora of dignitaries from the football world were in attendance - in an attempt to show the commission of racial equality and the government - that the governing bodies were doing their utmost to make the game fully inclusive.

I met some people whom I genuinely respect, most notably, Ruth Wicks who headed the PR department at the FA at the time. We kept in touch, and she helped me out a great deal and vice versa, before she left to take up a great position in Qatar and is now back in the UK as head of creative services at Centrica.

Furthermore, I got on well with Ian Cotton, Liverpool’s former Head Of Communications. Ian was fearless, and once told some senior football officials exactly what he thought of them, in front of Liverpool’s former CEO, Rick Parry.

Ian once said, I had nerves of steel as I just didn’t know when to give up, he was someone who did not underestimate me and virtually gave me the keys to Anfield, It was surreal and although it went pear shaped for him in the end, he was always a stand up sort of chap with me.

However, there were a few people who I just had to take to task. For example, one government minister rattled off a similar speech, that I had heard him give a few weeks prior to the event.

No passion, no empathy, he gave a pseudo speech and skedaddled out of there in true numpty fashion, and golly, did we clash!!!

I’ve not done too badly in life; I was thrown in the deep end in my first proper job. As one of my first assignments - I had to interview the late Charles Kennedy who was the leader of the Lib Dems at the time, before Baroness Warsi asked me to interview Conservative Leader, Michael Howard.

Mike Wood, the former Batley and Spen MP, then asked me to interview Tony Blair. To be honest, I was petrified to begin with, but thankfully, I got the hang of it, but tellingly, I refused to get too involved in the political world and moved on from journalism as I refused to get stories by any means necessary.

It all worked out for me in the end though – I achieved everything I had wanted to do by the time I was 28 – worked for the biggest community organisation in Kirklees, as Community Development Officer - wrote a book – and began working with the UK’s leading bespoke automotive designer not to mention astute entrepreneur. 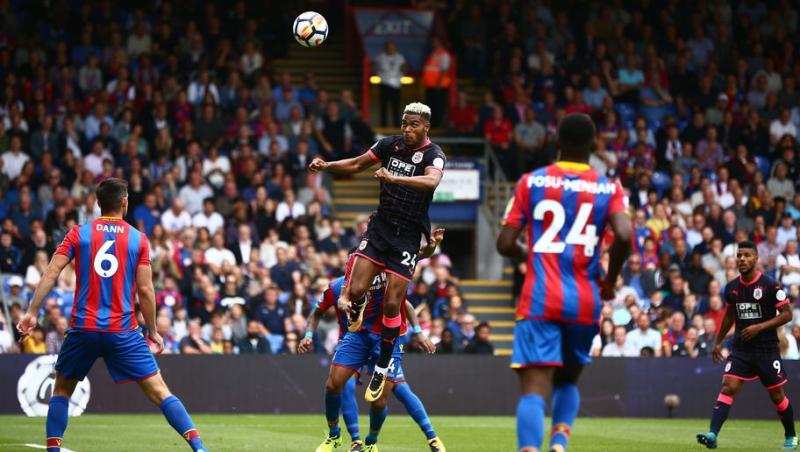 My point is though – I have met very few people in the political and football sphere that ‘get it’, if you like, and share my philosophy.

However, Huddersfield Town has demonstrated through their actions – that Town is a caring club/business. They show that they are responsive to the concerns and welfare of local people by putting something back in the communities that support them – via volunteerism, philanthropy and community events.

Granted, there are some ‘real problems’, within certain communities, however, speaking from personal experience, ever since my children have become Huddersfield Town fans, thanks to Sean Jarvis, I have achieved my goal of getting them to engage in banter and conversation with everyday people, under my supervision, of course.

We have a family wedding to attend soon, so we are doing a great deal of shopping at the moment. However, wherever we go, my children are singled out by fellow fans clad in Town shirts, who smile at them in an endearing manner before engaging in fleeting conversation: “So who’s your favourite player then?” or “Are you going to be playing for Town too?”

A checkout assistant was delighted to see my boys with Town hats: “You all right lads? I can’t wait for the match today; as soon as I’ve finished my shift, like, I’m off to the stadium,” he said.

He spoke to my wife and kids for quite a while, even though the checkout queue was getting bigger, but he didn’t seem to care.

I can’t seem to get away from it; even our postman has been following Town for years.

I keep on forgetting to ask him his name, it would be better to call him by his Christian name, but my kids have christened him ‘Pritchard’, because he is of similar height and look to the Town midfielder.

His co-postman was a Leeds Fan, However, he has seemingly ‘divorced’ them and constantly about Town, he’s been nicknamed Schindler because he is tall and slim and whenever he squeezes a small parcel or letter through the letter box – to him – it’s like scoring the deciding penalty at Wembley all over again – madness – but the kids can’t get enough of it!

Again, I don’t know his real name, but he quite likes the Schindler comparison: “I am a good looking lad after all,” he once quipped. 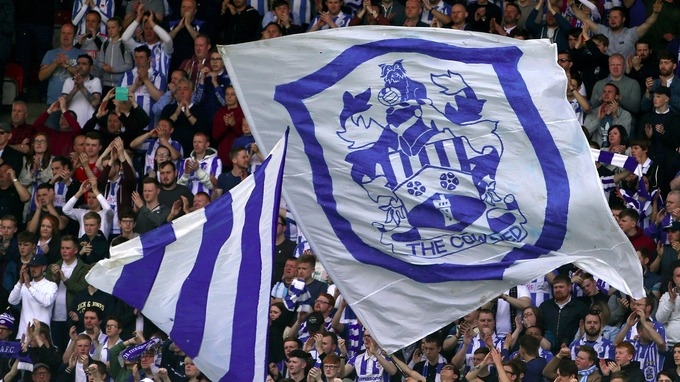 This is what Huddersfield Town bring to the table – they have made people from different backgrounds experience the forgotten art of speaking and interacting with each other and being kind to each other – this is what integration and mutual respect is all about.

In the modern age, however, no company has succeeded in creating a loyal fan base more than the electronics giant – Apple.

We all know at least one Apple loyalist who spends every walking moment telling other people how great their latest iPhone or Macbook is.

However, Steve Jobs famously limited how much technology his kids used at home, making a point of having dinner at the table in the family kitchen, discussing books and history and a variety of things.

My children willingly vouch for a brand such as Huddersfield –they happily tell everyone they meet that their club is one of the best – even though they also have a soft spot for Mo Salah...

Therefore, to me, the club is a vehicle to encourage my kids to enjoy their childhood and softly pursue encourage then to pursue a secular and spiritual education.

They are encouraged by the possibility of earning rewards such as HTAFC gifts, so they are also being taught the value of money - as every penny counts.

The boys have also taken up playing football, so in terms of health, participation, inclusion and education, they have certainly benefitted.

I certainly don’t need anyone else to instil in my kids, a moral compass, myself and Mrs B will continue to do so - by helping them to become my little champions – who (god willing) will be honest and decent members of society – who express daring minds, promise, youthful joys, safety and a ethical obligation of help to bring about reconciliation between people from all persuasions.

The United Nations charter has a quote from Omar khatab which states: “How can you enslave a man who was born free?” 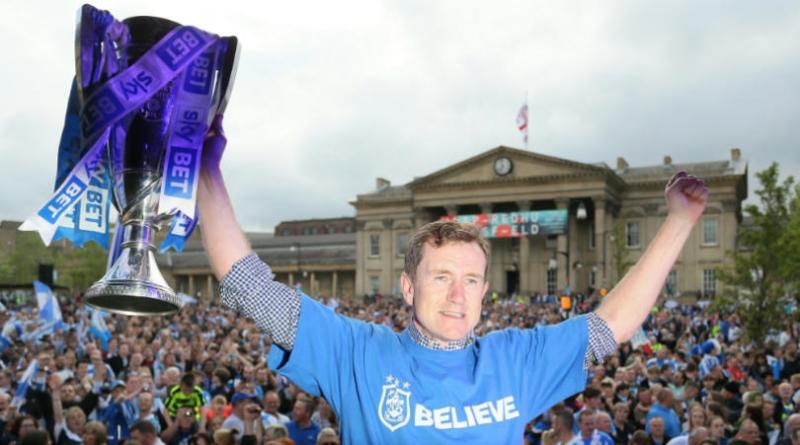 Bearing this in mind, we are all free to embrace the following saying: ‘Service to others is the rent you pay for your room here on earth,’ because we all have the power - not to mention the moral responsibility - to ensure we have communities where everyone feels a sense of belonging and everyone feels they have a valuable part to play.

I could help other clubs with this sort of thing, make some money and make an impact. However, to play a little part in helping Huddersfield bring about change in my own community, as opposed to another part of the country, is something that can only be deemed as meaningful.

This is because, in my opinion, Huddersfield Town is the ideal vehicle to help bring about change in Kirklees and beyond.