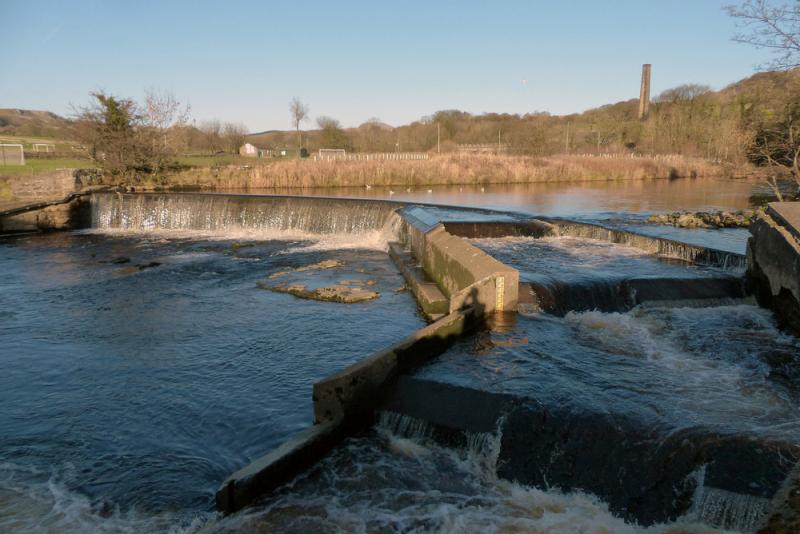 Settle Hydro, a community hydroelectric power scheme on the River Ribble in North Yorkshire has collected a new accolade for its initiative from the Green Apple Environment Awards.

Their bronze award was presented by Craven District Council to the team of volunteers spearheading the Settle Hydro, and the scheme will now go forward to the International Green Apple Awards programme, ‘a global stage for initiatives that really make a difference’.

The Green Apple Environment Awards, run by The Green Organisation, have been rewarding and promoting environmental best practice since 1994.

The Settle Hydro enables environmentally clean electricity to be generated by water drawn from a weir on the river through a sluice gate, down an Archimedes Screw turbine which drives a generator feeding electricity to residential apartments. Any surplus is fed into the National Grid, providing income for local community organisations and potentially shareholders.

Since its inception in 2009, the scheme has been the inspiration for others across the world, attracting media interest and a string of awards including British Renewable Energy Community Installer Award.

The latest recognition, in the form of the Green Apple Award, comes as a new fundraising drive has been launched to secure the future of the Hydro. The management team are calling for anyone with a concern for environmental issues such as climate change, to get involved, offering opportunities for new shareholders, corporate sponsors and donors as well as hands-on roles for volunteers.

Anyone interested in investing in the scheme should visit www.settlehydro.org.uk for more information.