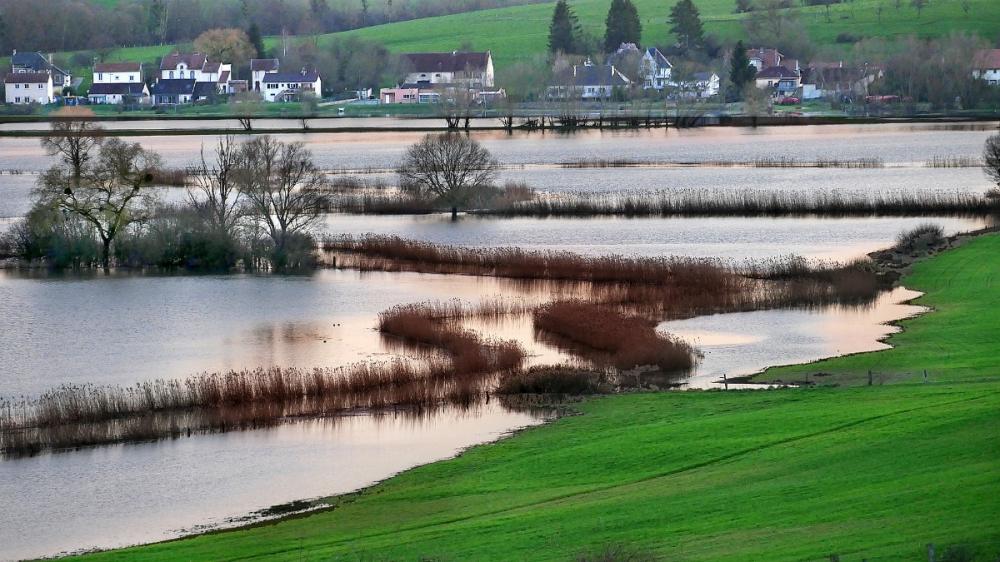 Image: ybernardi / Pixabay
In this year alone over 5,000 new homes in areas at the highest risk of flooding have been approved to be built, according to a new report commissioned by LV= General Insurance (LV= GI), one of the biggest home insurers in the UK, and independent think tank Localis.

Ahead of Flood Action Week, detailed analysis of over 16,000 planning applications has identified the number of granted planning permissions to highlight the significant issue. With climate change set to worsen, coupled with pressures to build more homes across the UK, the concern is this could leave millions of homeowners at risk of experiencing the trauma of a flooded home.

As the Government pauses its plans to reform the planning system, LV= GI and Localis are calling for a change to stop high-risk flood development. A long-term holistic approach to flooding should be developed, with property developers, insurers and local authorities working together to tackle the issue of building on floodplains to protect consumers.

Flood risk to UK homes on the rise


Image: shelly-jo / Flickr
New research for the report reveals almost 200 planning permissions have been granted for 5,283 new homes in the highest-risk local authorities in the country, with the majority (4,255) in areas pre-identified as highly likely to flood.

The most affected regions are Yorkshire and The Humber and the East Midlands, with nearly half of these homes situated on a major new development on a floodplain in North Lincolnshire. In the top five local authorities at risk of flooding - South Holland, Boston, Fenland, Runnymede and King’s Lynn & West Norfolk - a third (31%) of approved planning permissions for new residential buildings on floodplains didn’t come with a Flood Risk Assessment – a review of a development in its planning stage to assess the risk of flooding.

According to existing data, nearly 20% of all properties across England (5.2 million) are at risk of flooding, with 2.4 million properties on floodplains. Worryingly, in the last decade floodplain development has increased by 12%, and with a growing population and the overwhelming need for new homes, England is likely to see properties built in areas at high risk of flooding almost double – an increase from 2.4 million to 4.6 million – over the next 50 years.

The high cost of flooding

Not only does flood damage cause significant disruption and ruin people’s homes and possessions, it also costs an estimated £1.1bn per year in England. According to LV= GI, the average cost of repairing a flood damaged home is approximately £32,000 with the most common cause of flood damage this year due to drains unable to cope with the amount of surface water.

While some properties are protected by Flood Re - an agreement between the Government and insurers to cover homes with significant flooding risk - this does not include properties built since 2009. This cut-off point was introduced to act as a deterrent to developers building in flood risk areas, but as developments continue this does not seemed to have worked, putting many newbuild homeowners in jeopardy.

With flooding events increasing, this is worsened by the fact that only 12% of local authorities strongly agree they have the skills and expertise to understand flood risk when making planning decisions – now and in the future. Despite over 60% of councils declaring climate emergencies, local authorities have a critical shortage of skills and expertise in relation to planning for climate change8.

A number of policy recommendations9 have been developed between Localis and LV= GI which include:

Planning reforms
Floodplain development should be avoided wherever possible and should be accompanied by appropriate flood defences, constructed alongside new developments, where unavoidable.

Specific funding should be made available to establish a new cross-departmental task force to look at flood-risk development. A new ministerial post, between the Department for Environment, Food and Rural Affairs (Defra) and the Department for Levelling Up, Housing and Communities (DLUHC), should be set up to oversee and provide accountability for this task force.

A future risk-based approach to development
The insurance industry should work with the government, local authorities, developers and other key stakeholders to help inform what measures might be needed in the future to help mitigate against climate change and ensure that homes are and remain insurable.
Also by Jan Harris...
Why Is Blue Monday Depressing?The January Full Moon Is The Wolf MoonSunshine Saturday Goes AheadWhy Can't Christmas Go On And On?Festive Gin Cocktails To Make At Home