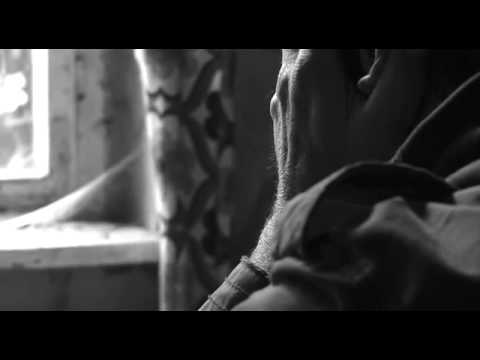 Probably the most challenging and unique film I've seen at this year's BIFF, Fata Morgana is the newest work from director Peter Schreiner and not so much a film as a visual poem.

There's no story to speak of. The film focuses on a man and a woman, but they say and do little, and there's no traditional "A leads to B leads to C" continuity between scenes. Instead the film uses images of a barren landscape to conjure an intense feeling of emptiness and stillness, mirroring the characters' state of mind as they muse on their own feelings of melancholy and the small comfort they find with one another.

Fata Morgana is undoubtedly very beautiful, full of striking black and white images of a vast, empty desert and a cold, sterile house. The slow pace and careful use of sound (and often lack of sound) do a good job of getting you in the right frame of mind and if you can accept the film on its own terms it's surprisingly watchable.

Trying to decipher any meaning or intent from Fata Morgana feels like a fruitless endeavour. It's essentially two hours and twenty minutes of emptiness, and the small amount of dialogue never gives us more than a tiny glimpse into these characters' minds. People who are used to avant-garde filmmaking will probably find it to be an excellent example of what can be done with this medium when conventional ideas of plot and character are disregarded.

Most people, on the other hand, will just wonder why nothing's happening. And me? Personally I enjoyed absorbing its atmosphere and admiring its beauty, but once this review's over I doubt I'll think about it again.
More in this series...
Hello DollyIn The Picture And The Making OfCinerama HolidaySeven Wonders Of The World Preview And DemoRemnantsThe Dodge Brothers And Neil Brand Present: The Ghost That Never ReturnsCargo 200MagpieBabylonAidan Goatley: Ten Films With My DadMother IndiaBilly Liar - KhaanaScreentalk: Sir Tom Courtaney - One Day in the Life of Ivan DenisovichLast Dogs of WinterBradford Film Festival 2013