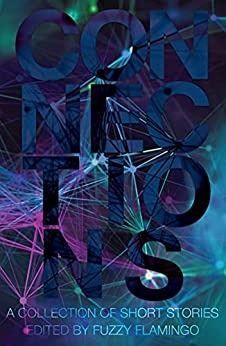 The making of connections – counter-intuitive and otherwise – is grist to the short story maker’s purpose. Short stories are obliged to do more work; focus becomes expedient as relationships are dissected, domestic dynamics examined and anxieties worked through on the written page.

With her latest anthology of stories for Fuzzy Flamingo Press, Jen Parker’s curatorial skills facilitate a sense of general cohesion; the title of the collection is far from circumscriptive – light lets in between the rafters – but we are left with a kind of intense cinematic satisfaction, drawn from the overwhelming ebb and flow of emotion. And somewhat obscurely, I was minded to recall Jimmy McGovern’s near operatic televisual licence for extremity of feeling, when becoming absorbed in a bubbling melange of themes. The kind of brief nomenclature that unites several of McGovern’s own idiosyncratic dramas - Moving On chief among them - is revisited, here, in written form. Not least, in Laura Bland’s profoundly claustrophobic, interiorized story of domestic abuse, which finds expression in the intensely-focused metaphor of observed ‘Pebbles’.

That some of the writers represented in Connections are fledgling is belied by clarity of thought and execution. Lancastrian writer Samantha Latimer’s richly clotted, magically-realised odyssey into a forest of the imagination is part fairytale, part fable. Her sense of teeming bucolic abundance is as fluorescent as a Van Gogh canvas, and as erotically charged as Christina Rossetti’s extraordinary poem/ballad ‘Goblin Market’. The entwined lovers who frequent Latimer’s glade occupy a steroidal Eden where chlorophylls burst irrepressibly through, and…

‘The brambles smell so sweet in the summertime. Large and swollen with life, they spill their deep purple ink onto unsuspecting fingers’. ('A Tale From the Forest')

The suggestive tone is unmistakeable, yet strangely platonic – we are privy, instead, to an annual process of forest re-birth, overseen, over the centuries, by a narrator/tree whose lyrical sense is symbiotically attuned to the transience of the seasons. 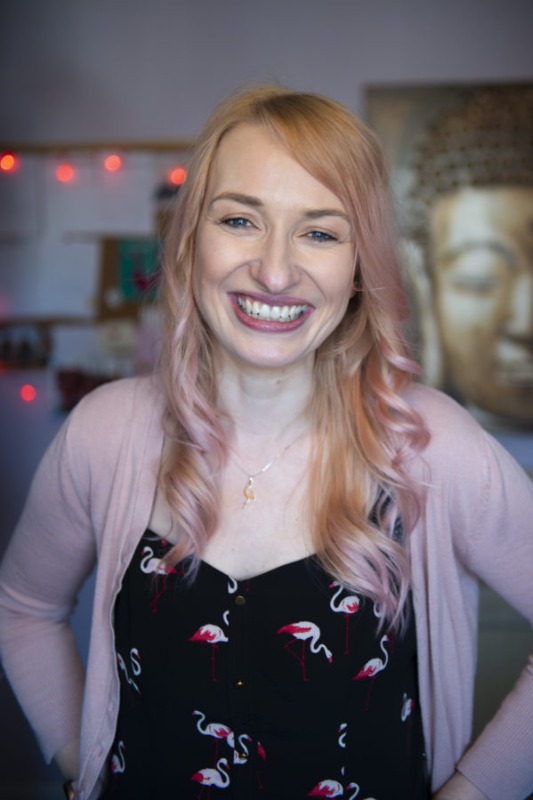 Jen Parker
Latimer’s stylized lyricism is utterly contradicted by Hayley Dartnell’s story, ‘The Windfall’, whose subject-matter – the rough trade of the escort industry – demands unblinkered authenticity, and it is a testament to Parker’s broad interpretation of the term ‘connections’ that dispassion and emotional (dis)connection are given an airing in the interest of narrative balance. The sex, here, is route-one, and depicted with according candour, as it should; the turgid, transactional reality of a ‘weekly arrangement’ is drawn with desperate, eye-opening aplomb, as is the story’s denouement which cleverly mires a defining narrative moment in suggestion.

In ‘The Man Upstairs’, Becky Leeson’s nicely-judged and sardonic take on a kind of loneliness, reader expectation is blindsided as the strange object of the narrator’s insouciant curiosity comes, ironically, to embody the social connective tissue which is palpably absent from her own life. Adjustment or reversal of anticipation is as common a feature of the short story as the fable, and whilst the horror of sudden existential awareness animates Steven Smith’s Martian odyssey, ‘Coming Home’, it is a testament to young writer Holly Philpott’s perspicacity in ‘Lights, Camera, Chocolate’ that truth is sometimes hidden in plain sight. As it palpably is in ‘An Unwillingness to Let Go’, Gemma Spurling’s frank and affecting account of physical and mental unravelment concealed behind a mask of humdrum domesticity. It is hard, by contrast, to sympathise with Eve Wallace’s sybaritic protagonist, Bella, in ‘Social Standing’, and it is fortunate that the latter’s social equipage is dressed in the robe of ironic superlatives because her subsequent fragmentation is precipitous and resounding.

The struggle to make connections in the traumatic landscape of dementia is harrowingly rendered in Raychel Paterson’s meticulously researched and observed vignette, ‘Nessie’. This story of love and loss dissolves into despair in a conclusion which acts as a mirror to the reader’s own inner fears, as the gathering occlusion of mental dissipation draws the loved and the loving towards a desperate threshold. The opportunity to move on, which is denied the enchained carer of ‘Nessie’, is warmly vouchsafed in the affectingly drawn ‘New Beginnings’, Sally Sarson’s charmingly understated celebration of recovery and renewal.


Also by Steve Whitaker...
Dragging The Snare: All The Men I Never Married By Kim MoorePoem Of The Week: 'That I Could' By Jane ClarkeFlattening The Curve: By Degrees - David TaitPoem Of The Week: 'Bertram' By Nigel FordeStepping Into the Light: Genesis at Leeds Arena
But most, in this diverting collection of self-contained, but oddly interdependent stories, we find a hymn to hope in the iron-slow progress of a voyage across Russia. Zoe Brooks’ absorbing depiction of an unprepossessing train journey in ‘Trans-Siberian Situation’ exquisitely captures the shabbiness, erosion and fatigue of a wheezily antiquated rail system through the eyes of a female travel guide. Brooks’ attention to detail is viscerally authentic, as is her drawing of the endless backdrop of forest and tundra, and it is profoundly fitting, for a story that appears towards the end of this remarkable anthology, to find an unexpected human connection between a rural Shaman and the girl, and the indication of a new life, concealed but thriving in the unlikeliest of places.


Connections is published by Fuzzy Flamingo