An Evening With The Yorkshire Ripper

The announcement of the death of Peter William Sutcliffe, otherwise known as the Yorkshire Ripper, brought these words back to me - and at this moment I find myself looking down the vista of fifty or more years to when they were spoken. 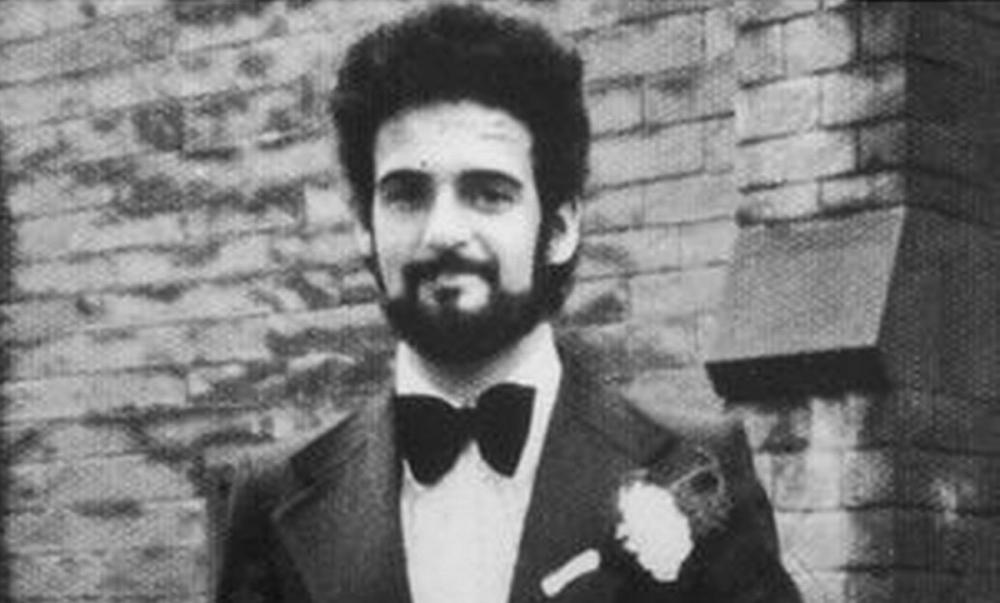 Being then – as now – a great fan of New Orleans Jazz, my Monday nights were spent at the Old King’s Head in Bingley, a pub later demolished to make way for the Bradford & Bingley Building Society, a huge floating liner in appearance. It was exactly right for a jazz pub, a bit on the shabby side but with perfect acoustics and it was spruced up considerably by three giant black and white drawings of jazz greats. The piano was beat-up but highly strung, ideal for the type of music.

This particular night I found myself at eight o’clock entirely alone. For some reason I must have missed the previous week’s cancellation of the jazz. Little Pete had evidently missed it as well. He came in, took in the scene and asked me, ’Where’s t’band?’ I shrugged, which is when he uttered those long-remembered words, adding, ‘They’ve got a great Rock’n’Roll jukebox over there.’

So I drained my pint of Tetley’s bitter that I’d just paid one and eight for, in old currency, and we set off. I didn’t know him other than by sight and I was only vaguely aware of having seen him standing at the bar on the odd occasion. He was clean shaven and not tall even with the Cuban heels. I’m guessing he wasn’t a great jazz fan and certainly I remember him always standing alone at the bar facing away from the band. Maybe he was ogling the barmaid. Who knows?

I make this last comment not just because of his serial killings but because as we walked along he added, dropping his voice, ‘There’ll be plenty o’ mucky lasses in t’night.’ The comment didn’t really register at the time as much more than the sort of throwaway bravado, not that uncommon in the pre-PC age.

In fact, the Ferrands Arms was almost as deserted as the pub we had just left. He ordered a pint of mild and asked for ‘some tanners for’t jukebox’. Whilst I was getting served he made a beeline for the music and the first record that crackled into life was Gene Vincent’s Bebopalula, an infectious piece of twelve-bar rock’n’roll.

Evidently, he liked this kind of music and so did I though not as much as Trad. In a sense, in the age of the Beatles and 'flower power' we were both well behind the musical times. He failed to share my enthusiasm for the band we had both turned out to see, which was led by Mal Webb on trombone, and included such local luminaries as Dennis Armstrong on hot cornet and Martin Boland, a mesmeric genius of a clarinettist. Dicky Speight, on banjo, was the heartthrob of the girls who flocked in from the local teacher training college.

Neither did Little Pete have any interest in any of the usual sporting topics, Bradford City, the Avenue, Bradford Northern or county cricket. I have to say it was one of the longest and most boring nights of my life.


Also by Andrew Liddle...
Doors Opening For The Georgian Theatre RoyalAnd Then There Were TwoMeet Magic Rock's Christa SandquistSunak Is A Bit Of A DragRadio Gaga
I see him now in memory, standing propped up at the bar, a restless soul, constantly scrutinising those who came in. He never made eye-contact and had no sense of humour. He was no great drinker. Four pints was about par for the course for young blokes at the time but he sank no more than a couple. He only brightened when I told him I was a lorry driver’s mate, for Beecroft and Wightman (in Garnett Street, Bradford). He told me he wanted to be a long-distance lorry driver and seemed impressed that I could rope a lorry and knew all the knots.

No one in their most fevered imaginings, however, could have ever taken him for a future killer, a depraved sexual maniac who eviscerated his victims and cunningly evaded capture for so long with the whole of the police force looking for him.

One particularly memory still bothers me slightly. At about ten o’clock I said I was going. ‘Nay, stay a bit longer,’ he urged, ‘it’ll get a bit livelier in here soon.’ I had two buses to catch, I explained, in order to get back to Clayton, but he seemed to take my departure as a personal insult. Now I’ve no wish to big up my part in this little drama but it has crossed my mind I might just have had a lucky escape. At least one of the many books on the subject suggests he could possibly have murdered - or attempted to murder - two or three men before he began on women.

Memory fades and beyond this there’s nothing much I can add with certainty except how shocked I was when the little chap I had known with the elevated boots and long sideburns was identified as the Yorkshire Ripper. His appearance had changed with the longer hair, moustache and trimmed beard but I recognised him immediately.

He’s dead now, unlamented, and I will try not to recall that night again – but I fear the memory will come back to me - as it always does - next time I hear Gene Vincent sing Be-Bop-A-Lula.