A Sense Of Not Belonging: The Levels By Helen Pendry 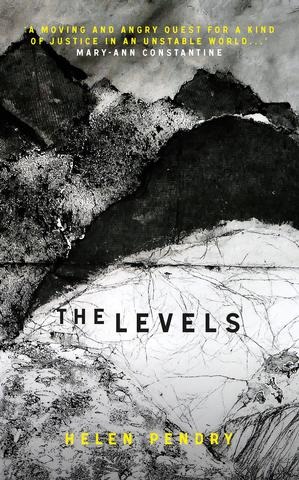 The flooding of the village of Capel Celyn to create Lake Tryweryn in Snowdonia, in order to feed the open maw of Liverpool with water, became a cause célèbre in the mid sixties. A fillip to the nascent Welsh Nationalist movement, whose not unreasonable concern for the exploitation of native identity, quite literally drowned out the sound of civic hubris at the new reservoir’s opening ceremony by cutting the megaphone wires, the act embodied an early example of resistance to government by Westminster diktat.

And Helen Pendry’s astonishingly assured first novel, The Levels, ends with a plan to retrieve not so much national identity – though that plays a significant part in her narrative - as political parity with those whose shady military affairs ride roughshod over local concerns. The novel’s main protagonist, the highly intelligent but prickly figure of Abby Hughes, is laying the dynamite to blow a dam wall which will, in turn, deluge the counter-insurgency training ground organised by the shady corporate strategists of MT4S further down the Bethania valley.

The preceding pages provide the back story, the lead-in to Abby’s decision-making process, which culminates in a denouement to which we cannot be witnesses, though one feels certain that the ‘drowned’ villagers of Capel Celyn would recognise the value of taking ‘direct action’.

Every character in The Levels is marked in some way. If Abby Hughes finally tells truth to power, then she acts to redemptively cleanse her narrative, or the world her narrative inhabits, of reticence and misunderstanding alongside duplicity, deception and tragedy. For this is a novel infused with an extraordinary predilection for greyness, an exploration of the interstices between truth and lies, of human fallibility, and of paradoxical inconsistency, which finds a reflective metaphor in the slate quarries and dripping afforested mountainsides of Wales.

Narrated by Abby, a London residential care worker, we follow her occluded journey to the edges of Snowdonia to investigate the disappearance of a ‘client’, the itinerant but brilliant Tegid Rhys, whose tiny mobile home in the middle of a forest she has been gifted in a note. Unfolding in the first person present, and using real place names, the story is given weight and substance by suggestion and the appearance of verisimilitude. Any anticipated urgency is confounded by Pendry’s ironic, but acutely insightful prose, as her narrative’s initial slow-burn gives on to a vista of bitterness and misperceived motive. 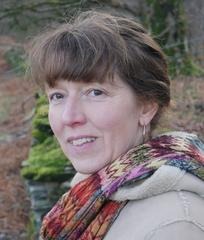 Helen Pendry
Tegid Rhys is, or was, a brilliant digital ‘mapper’. An unequivocal, ethically-consistent voice for the general betterment of humanity, his genius is a paradox: his estimable skills lend themselves in dovetail fashion to a military aerial surveillance technology which is anathema to his moral conviction. He glows, in conspicuous absentia, like a blown ember, throughout the novel - shaping the motivation of Abby; an irritant, to the point of vendetta, to the shadowy organisation whose covert training operations are masked as beneficial ecological projects. Pendry’s character realisation is profoundly perceptive; in one synoptic moment’s dialogue we infer both Tegid’s animus, and his unspoken reason for leaving the directorship of a mapping technology company to the hegemony of his partner, Reg Dauber, who has sold out to the military:

‘It was because he had a hugely exaggerated sense of his own responsibility for the state of the world. In his mind, he’d failed to stop the war machine, and he’d failed to bring down the military-industrial complex, and therefore every violent death at the sharp end of a missile was his fault.’

Though there is a germ of truth in all paranoia, Tegid’s sense of complicity is an unworkable blueprint for prospering in a corporate universe. His self-willed, though ethically-sound, penury contrasts wildly with Reg’s palatial bombast on the North Wales coast. A species of integrity is yielded in the fact of the former finding himself on the streets whilst maintaining a moral connection with suffering humanity. His retrospectively-recalled dialogues with Abby, wherein his moral certainty is vouchsafed, become the building blocks of Abby’s fascination.

But the main catalyst for her journey to Wales – her own origins are Welsh – is the downing of a military surveillance Drone by person(s) unknown. That a caravan is destroyed as the Drone crashlands, killing its occupant, is one crushing irony amongst many here, and Abby suspects the hand of Tegid in the attack, who has the skill and motive to perpetrate such an act of deliberate sabotage, but would be mentally broken by the ‘collateral damage’.


Also by Steve Whitaker...
Poem Of The Week: 'Sonnet 29' By William ShakespeareReview: Ings Strings At Art In The Dale, Kirkby MalhamPoem Of The Week: 'This train has left the city ...' by Paul HenryAlbum Review: Staring At The Sun: Talking About X By JARRPoem Of The Week: 'Giorno Dei Morti' By D. H. Lawrence (1885-1930)
That journey is witheringly drawn by Pendry. Intercutting the ‘denizens’ she encounters on route – by turns, unreliable, politically committed, evasive, fake – with the closely-observed detail of an increasingly forbidding landscape, Hughes as narrator is a compass of raddled impulse who maintains composure through relentless detachment. The relationship of some of the figures who stalk the margins of Pendry’s narrative to the plotline is revealed by complicit degrees, and each is rendered with utter conviction: Delyth, a Verloc of the Valleys, whose quiet bookshop barely conceals a fervent nationalism; Ben Rickman, the complex, Machiavellian mouthpiece of MT4S, whose job it is to whitewash the new military presence for cynical locals; Owen, Abby’s demi-lover, who, in the guise of a resident, may or may not be ‘spying’ on opposition to the shadowy plans on behalf of MT4S.

Abby’s mostly impermeable carapace is the means by which she protects herself from a past whose tentacular probing is aggressively unspoken, but draws her, also, into a circle of complicity: her father is a former Labour MP, now turned Tory grandee seeking a peerage, and he is the conduit through which she is made privy to information about MT4S, its mandate and enemies. Pendry’s portrayal of this ruthless turncoat is both viscerally persuasive and current. And in another sense, he is emblematic of a narrative landscape that is far from black and white. The novelist’s faithfulness to the demands of authenticity is borne out in the characterisation of weakness and inconsistency - her dramatis personae are hewn on an undirected fault line.

Towards the end of The Levels, before Abby descends into the katabatic nightmare of a slate mine and discovers the decomposed body of Tegid Rhys, the reader glimpses, in Helen Pendry’s febrile, dispositionally ambiguous prose, the essence of her protagonist’s being. And although her fine simile leaves us in no doubt as to Abby’s psychological exhaustion, there remains a beleaguered sense of finding home:

‘It’s the travelling, I think, that makes me feel like a smashed battery with my wires hanging out, acid corroding my vital connections. I have reached the end of my not belonging and there’s nowhere else to go’.

The Levels is published by Parthian